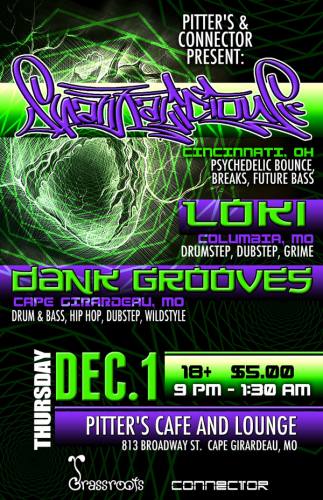 Already over 90 shows deep into 2011 including a four show run with PRETTY LIGHTS, four show run with the Psychedelic Guru HEYOKA, plays in Atlanta, New Orleans, Memphis, Denver with PRAANG, Chicago with Nit Grit. Direct support for SPHONGLE, BORGORE, SKISM as well as festival appearances at WAKARUSA, closing festival sets at SONIC BLOOM and TALL TREE LAKE have kept him on the move. Keep on the look out for upcoming dates as Spanky plans to make a stop in YOUR city soon!