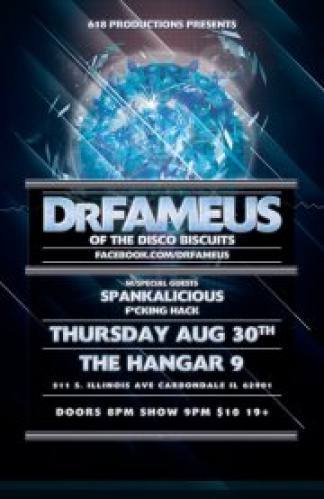 Connector Presents - Loyal Family -  Re:Evolution - Grassroots California
Spankalicious is BOUNCE! Kevin Moore (aka: Spankalicious) recently moved his home base from St. Louis, Missouri to Cincinnati, Ohio where he is holding down a new residency while gearing up for a very fun filled 2012!
In 2011 Spank played 100+ shows, traveling over 90,000 miles, meeting AMAZING people while attempting to spread a message of higher awareness among the people. From sunrise sets in the French Quarter of New Orleans to the 4:20 set at Wakarusa 2011, and many many places in between Spanky has constantly been rocking parties at every stop. Playing alongside every major cutting edge act in livetronica, dubstep, and edm as well as many major festival appearances including Wakarusa, SummerCamp, Sonic Bloom, Bassnectar's First Bass Center, Camp Euforia, and is already slated to take the stage at this year's SummerCamp Music Festival!

An extensive background in rudimental percussion/drumming have allowed Spank to read rhythms inside and out. With musical influences ranging from the Grateful Dead and Phish to U.G.K. and Three Six Mafia, Spanky has found his niche in his world of Glitchy Hippie Psychedelic Bounce.
In the first half of 2012 he will see release an EP of self-produced tracks, a Spankalicious hat from Grassroots California, a coast to coast tour and kicking the 2012 summer festival season at SummerCamp Music Festival, in Chilicothe, IL.