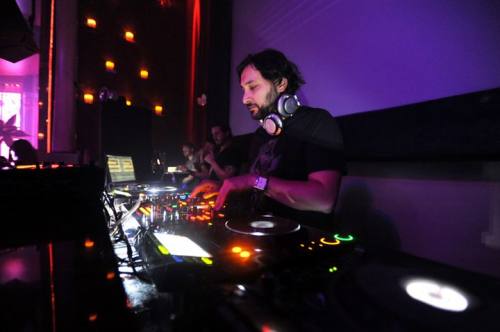 “There’s a presence about Sharam that comes through in his music as well as his shows. Like any great relationship, you leave his show feeling as if you’re a better person… the Sharam experience.” - PLAYBACK:stl

One of only few dance acts who can effortlessly navigate between the nocturnal world of dance music with underground gems like “Crazi”, “Texi” and "Don't Say A Word" while scoring Top 20 Hits internationally with “PATT (Party All The Time)”, “The One” feat. Daniel Bedingfield, and “She Came Along” with Kid Cudi. His desire to not ever be confined and pigeon holed into one genre of music has enabled him to constantly evolve and surprise people with his productions. He pushed the boundaries of what an electronic artist can do with his debut artist album "Get Wild" in 2009 which was the first of its kind including 24 originally produced tracks by Sharam, mixed like a compilation over 2 discs. As if that wasn't a feat in itself, he made his directorial debut with the video for She Came Along — which along with the Get Wild album was a homage to the legendary movie director Sergio Leone and legendary composer Ennio Morricone.

And the head turning continues... This time he took on the world of classic muscle cars as the underlining concept with the release of his Mach EP series which include "M.I.T.T.", an underground favorite featuring a powerful vocal hook from Shakira, and “Fun” a song written by Chris Martin of Coldplay the video for which is a homage to the classic Steve McQueen movie "Bullitt". The video also marks his second attempt behind the camera, this time as a co-director. His latest effort "God Always", a dub-step influenced house track was hailed as one of the runaway surprise records from the Miami Music Conference and is already causing quite a stir internationally.