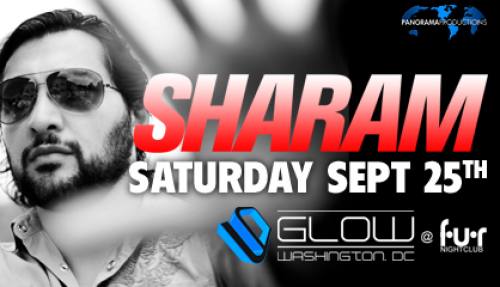 
As one – half of legendary DC house duo Deep Dish, Sharam and partner in crime Dubfire are responsible for bringing Washington, DC’s electronic music scene to the forefront of global dance music. According to Rolling Stone Magazine, “The Deep Dish sound personifies cool.” That pretty much says it all, doesn’t it? With their respective solo careers now in full stride, Sharam and Dubfire are rediscovering what it means to take over the world.


With the release of his debut album last year, Sharam set himself apart from anything he’s ever done before. He has defined his own sound, which has been described as “soulful dance music with striking vocals.” His rework of the RIck James – produced Eddie Murphy hit ‘Party All The Time,’ collaboration with Daniel Bedingfield on ‘The One,’ and studio sessions with everyone from Diddy to Tommy Lee are evidence of Sharam’s utterly brilliant creative mind.


As of recent he’s been working feverishly in the studio on some EPs and a new album. He closed with a track from it last time he spun Glow. He also just released his Mach 2 EP featuring ‘One Night’ and ‘M.I.T.T.’


Come celebrate the return of Sharam to his home-base at Glow this Saturday. It’s about to ‘Get Wild’ up in here!!!