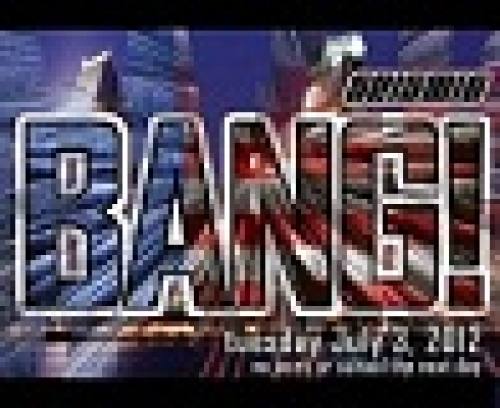 
Virus Syndicate are a four piece Dubstep and Grime collective hailing from Manchester,


UK. With a cult fan base that has grown expontially from the council estates and tower


blocks of inner-city Manchester to the plush golden Coast of California, Virus certainly


earn their title as the “global ambassadors of Dubstep Music”.


Packs and on the airwaves of London’s premier pirate radio station Rinse FM in 2005. The


and ‘Sick Pay’ in 2008, both of which received critical acclaim from the likes of The


(UK), Sonar (Barcelona) and Roskilde (Denmark) and have supported the likes of Snoop


Fabric, Maida Vale, Ministry of Sound and the Roxy Theatre in Hollywood (LA).


Magazine. Later that year Virus Syndicate embarked on their first U.S Tour on the back of


their Dubstep smasher ‘Talk to Frank’ getting picked up by Snoop Dogg’s Cashmere Agency.


stars EVE, Xzibit and Snoop Dogg himself. The ‘Talk to Frank’ tour took the boys to Miami,


Detroit, LA and Vegas. Since then Virus Syndicate have gone on to secure regular tours in


the States, supporting Dubstep legends Nero across the East Coast in December 2010 before


leading into their own West Coast winter tour in January 2011. Later that year they toured


everywhere between Atlanta to LA on their US Summer tour, further expanding their already


been championed on the radio by the likes of Tim Westwood, Zane Lowe, MistaJam, Mary


Anne Hobbs and Jo Wiley. They have made the Top Ten on MTV Base’s Chart show and


2012 sees Virus Syndicate set to take things further, with the launch of their own label,


Midication (via Global Dubstep Media Goliaths, AEI) and a series of high profile


collaborations and remixes to boot. Add this to a forthcoming EP and global tour and you can


see that this year the sonic virus is set to spread in ways that has never been seen before.


Originating from the town of Baltimore; both spinning and producing Dubstep and Drum n’ Bass over the past decade, Gangsta Fun has released over 50 selections of his own production on such labels as Figure’s Doom Music, Faust and Shortee’s Heavy Artillery Recordings, and UK imprint Bassclash Records to name a few. He is best known for his bass-heavy, dancefloor style remixes of top selling artistssuch as Flo Rida, Eminem & Gorillaz; and receiving DJ support for his productions from prominent artists such as Rusko, Datsik & Doctor P. He is definitely one to watch, so don’t miss your chance to catch him at a venue near you.


The musical partnership that started between Andy Joplin and Jerrod Jordan, AKA Kicks n Licks, started a number of years ago and has developed to be an endlessly creative duo that is supplying exciting results both in the studio and in live settings.


COOK is a bass-driven 21 year old from Denver, CO. His actions often cause trouble and create havoc, affecting those around him. His goal is to get the biggest possible reaction out of everybody, day in and day out. Cook’s sets are filled with wild unpredictable switches and double drops as he uses 3 decks to hit you with bass from every direction. He fits within the characterization of a Byronic hero. He is an impulsive 21 year old as is translated into his productions and DJ sets. He loves to have a good time and is constantly the life and soul of any party. With only a couple of years under his belt, who knows what is in store for the future…


From the ancient temples of bass, dwelling in the depths of the throbbing catacombs these initiates of sound honed their skills. Inter-dimensionally they wandered, their pilgrimages sweeping them through lightwave caverns where they absorbed the infinite energies that danced like careening tides of neon tsunamis. At the hands of masters they listened and studied until they too became adepts of the shifty heaviness that now spills from sound systems far and wide. Crafting a sound that they hope will awaken the masses, sub phonic frequencies that pulsate with the breath of the eons, they seek to take all who wish to hear on the same journey they themselves are on. They have only just begun. They are the BASTIK LEGION…


BASTIK LEGION is a dynamic culmination of the mixing and production talents of Chris Kendall (DJ), Chance Strickland (DJ/Producer), and Jared Christianson (Drummer). Hailing from Southern California they’ve been on the scene playing shows with acts like Designer Drugs, Steve Aoki, Felix Cartel, Harvard Bass, LaidBack Luke, JOTS, Charles Feelgood, and Audiokillers just to name a few. Their love for all styles of music makes for interesting and energetic sets, switching from breaks to electro to dubstep to drum and bass, all in one glorious experience, leaving sweat soaked bassheads raving for more.