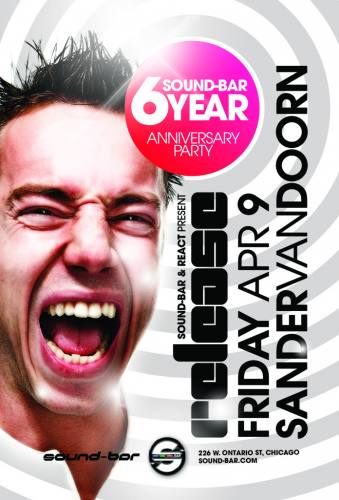 Price:
FREE BEFORE 1AM, $10 AFTER
DESCRIPTION:
First there were Heineken and Edam, then came Sander van Doorn. The Dutch musical genius may not be as mature as his predecessors but he’s certainly made as much of an impact in his comparatively short career, not only in The Netherlands but also across the world.
Having made his debut in the world renowned DJ Mag Top 100 at 32 in 2006, before climbing 19 places to No.13 in 2008’s poll; sandwiched between Carl Cox and Paul Oakenfold, the fast rise of Sander van Doorn is a testament to his raw talent and dedication. In just seven years he’s clocked up more dance floor destroyers, sell out gigs and awards than most artists do in a lifetime… and his journey is still in its infancy.