In celebration of the release of Samantha James' new album "Subconscious," Om Records is teaming up with Temple Fridays to bring a great live show together featuring the enchanting singer herself along with the veritable one man band Chuck Love. The Destiny Lounge will play host to the birthday party for Norm Stradley, a beloved old school favorite, along with some of his best DJ buds. As always Temple Resident DJs Tone & Von will hold it down in the Catacombs.
RSVP to eric@rockitscienceSF.com for free admission before 12, $10 after.
MAIN ROOM hosted by Om Records
Samantha James (Om Records, Los Angeles)
Following the success of her debut ‘Rise’, Samantha James goes deeper within her heart to give birth to this touching new album. Featuring the first hit single ‘Waves of Change’ (already a Billboard Dance Chart Hot Shot Debut) and the mystifying ‘Satellites’ (soon to be a music video), ‘Subconscious’ is destined to resonate with Samantha James fans as well as with new comers just discovering her music.
Songwriter/performer Samantha James has spent the past three years honing her estimable skills as a modern-day singer/songwriter within the dance/electronic/soul genre. Her sultry style, vocal cadences, and international rhythms are largely influenced by such artists as Sade, Basia, Amel Larrieux, Bebel Gilberto and Morcheeba. On her debut album 'Rise' for San Francisco based indie label Om Records, Samantha teamed up with producer and co-writer Sebastian Arocha Morton-AKA ROCAsound (Sting, Vikter Duplaix, Fischerspooner, Fila Brazilia and Rick James for the classic finale' of the hit film Little Miss Sunshine.) A native of Los Angeles' Topanga Canyon where she currently resides, James is the grand daughter of Emmy Award-winning composer/conductor David Rose. James' lyrics resonate with the pain of lost relationships and joy of loving connections. " "Samantha has a unique and strong sense of style as a both a songwriter and performer", enthuses Arocha Morton. "Talented, beautiful, passionate, and dedicated... Samantha James is the real thing-as both recording artist and stage performer. She is a welcome and beautiful new face in the world of dance-electronic music."
Chuck Love (Om Records, Minneapolis)
For 20 years, Chuck Love has embed & spread his unique brand of high energy, House Music around the globe. Hailing from Minneapolis, Chuck’s releases can be found on OM Records, Salted, Onethirty, Celebrity, Lingo, Chillin’ Fresh and Tango labels. His 2007 OM records LP, ‘Bring Enough To Spill Some’, took Chuck’s ‘Love Network’ on tour, showcasing his exclusive ‘Live DJ/Video’ set to world’s most notable dancefloors. From the DJ booth Chuck presents his production work as well as live solos with instruments and vocals, making the show just a little different from what house-heads usually see from their DJs.
DESTINY LOUNGE hosted by Norm Stradley
Norm Stradley, DeMilo, BB Hayes, Mykl Doxsey, Chadd Clubb, Dev E, Spin Driver
CATACOMBS:
DJ Tone, Von 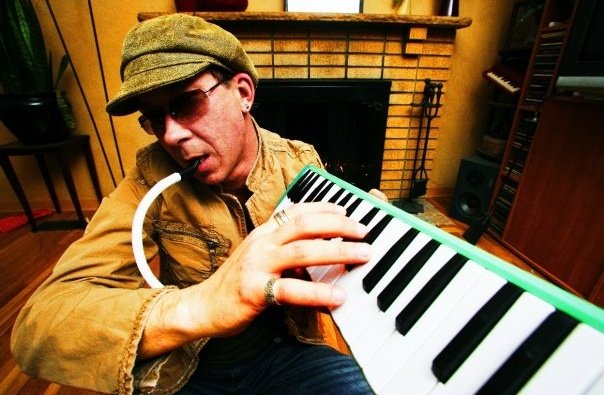