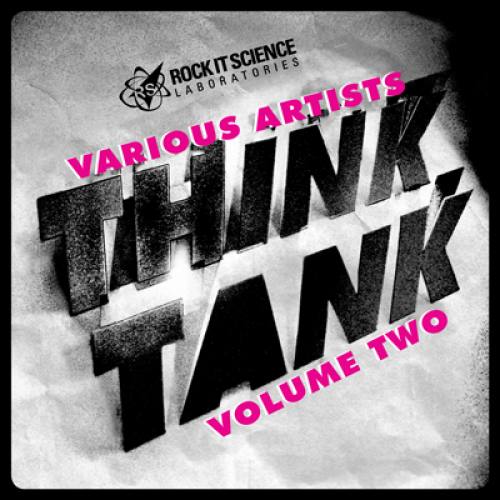 In celebration of their second Think Tank compilation to be released, Rock It Science Laboratories is joining forces with The Endup's weekly Phonic event on Thursday, June 30th. The night will feature Eric Sharp, Bass Cadet, and Native Intelligence, all featured artists on the release. Get your dancing shoes ready for a voyage from inner to outer space! Please bring a smile and a positive vibe. :)

If hard work and passion are the stepping-stones to success, it is no curiosity then that Eric Sharp has recently been finding himself a few steps ahead of his peers. Prolific in the studio and tireless behind the decks, Sharp's energy and dedication have given him opportunity to share the stage with the likes of Green Velvet, Neon Indian, Diplo and Afrika Bambaataa, while his tunes have turned up in sets by top international DJs such as Roy Davis Jr, Drop The Lime, Donald Glaude and Santiago & Bushido to name but a few.

Native Intelligence is on the verge of "overnight" success because he has worked his whole life for this moment. Saturated for almost two decades in the local SF and international club scene, Native Intelligence aka Duane Kenneth Williams is no stranger to furiously rocking the dance floor. Currently Native Intelligence is busy in the studio and shopping his latest club pouncing creations to prestigious labels across the globe.

After building a great name and following in the small locale of Middlebury Vermont during college, bringing artists like Junior Sanchez and Mikix The Cat to perform for the school, Balls Of Steel will celebrate his debut release on Rock It Science with a debut performance!