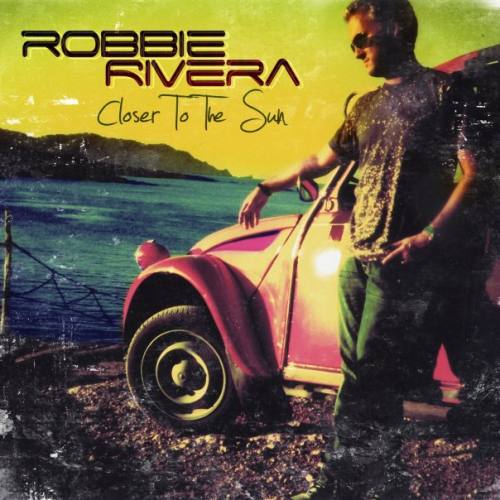 Robbie Rivera Bio:
What makes one DJ more prevalent than another? Is it the evolution into a producer? Or is it the risk of becoming the artist? If this is what sets one apart from the pack it is no surprise that Robbie Rivera is now racing to the forefront of the Electronic/Rock genre. His distinctive brand of sexy pounding dirty electro tinged house ignites dance-floors across the globe, while the worlds top artists queue up to have Robbie put his sound to their tracks.
The list of names he has remixed for, reads like a the winners circle at a international music awards party; Faithless, Felix Da Housecat, Madonna, Kylie Minogue, Gabriel & Dresden, Moloko, M.V.P., Benny Benassi, Sinead O’Connor, Ferry Corsten, Ricky Martin, Santana, Coburn, Superchumbo, David Guetta, Pink and Basement Jaxx are just a few of the talents who have made Robbie their first port of call.
His dj sets containing his infectious blend of tough sexy grooves have put are him in high-demand. On a continuous world-tour, and with a diary resembling an airport departure board his music has recently packed-out the dance-floors of Ibiza, Barcelona, Japan, Poland, Puerto Rico, NYC, Los Angeles, Chicago, London, Italy, Tunisia, Canada, Moscow, Vienna, and of course his hometown of Miami
An unashamed workaholic when Robbie’s not traveling or remixing he is locked in his studio, infusing the sounds he hears on his travels. But the jewel in his crown as most know is his label. Juicy Music is a familiar name to most DJs. Recognized for its quality house, progressive and electro music releases. The brainchild of Producer/DJ Robbie Rivera, Juicy Music’s arsenal includes Antoine Clamaran, Coburn, and emerging talent such as Willie Morales, Louie Padilla, and Rooster & Peralta. In 2005 a new WMC tradition emerged with the Juicy Music Event expanding the labels brand to event production including the renowned Juicy Miami parties.
Aside from DJing, producing and running his label Robbie also finds time to hosts three radio shows. Each week he can be heard on FG Radio in Paris, Sirus Satellite in the US, Radio Italia, Maxima (Spain) and every Friday listeners in Puerto Rico can hear him on The Megastacion and Dubradiopr.com. And as of Fall 2007 Robbie will also be added to the prestigious lineup of XM Satellite Radio On Air Talent.
Put this all together and Robbie Rivera is a true international and pioneering artist who embodies everything that is so great about dance music today. Catch him while you can!
Ticket & Booth Pricing:
$15 - General Admission
$50 - 4 Pack
$300 - 4 Person Booth w/ 1 Premium Bottle including mixers
$550 - 8 Person Booth w/ 2 Premium Bottles including mixers
For Booth reservations contact - 313-962-2244