This week we welcome break-out label Potty Mouth Music to Temple Fridays presented by Rock It Science! If you like dirty and gritty beats the main room will be the place to be for you with TJR and James Amato banging it out. If funky and soulful is your cup of tea fear not, for we are bringing one of the Endup's best deep house monthly parties Sunday Mass to the Destiny Lounge featuring Greg Yuen, Dino Velvet, & Joey Alaniz. As always Tone & Von hold it down with Hip Hop in the Catacombs.
RSVP to eric@rockitscienceSF.com for free admission before 12, $10 after.
MAIN ROOM:
Potty Mouth Music featuring TJR & James Amato (Los Angeles)
Chicago-inspired, LA-based Potty Mouth Music is a digital music label that was launched in summer of 2007 and has since release close to 40 EPs by artists from around the world. Inspired by the electro glitch twists of producers such as Switch, Trevor Loveys and Jesse Rose, Potty Mouth ditches conventional house boundaries, imploring turntable trickery, unconventional loops and straight up electro and tech into its catalogue of tracks. Label head James Amato keeps house-heavy influences in place and lacing them with the kind of dirty glitch that makes it feel so good to be so bad.
DESTINY LOUNGE:
Sunday Mass featuring Greg Yuen, Dino Velvet & Joey Alaniz
Since July 2008, the 3rd Sunday of every month, Sunday Mass has continued the Endup's long running Sunday night Deep House tradition first established by earlier parties "Devotion" and "Super Soul Sundayz". Over the past year and a half, Sunday Mass has hosted some of the world's best House DJ's such as Mr. V, Miles Maeda, Inland Knight's Andy Riley, and Pete Moss just to name a few...
CATACOMBS:
Tone & Von (Temple) 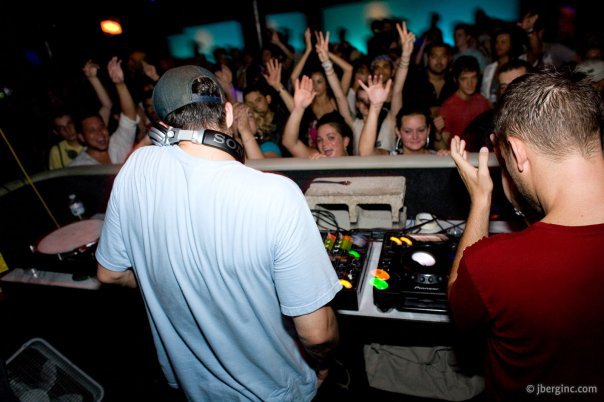