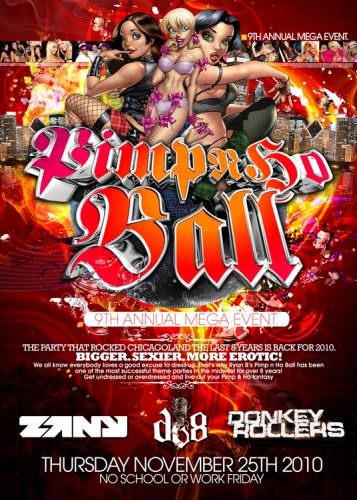 THE PARTY THAT ROCKED CHICAGOLAND THE LAST 8 YEARS IS BACK FOR 2010.

We all know everybody loves a good excuse to dress up.

That's why Ryan B’s Pimp n Ho Ball has been one of most the successful themed parties in the midwest for over 8 years!

Get undressed or overdressed and live out your Pimp & Ho fantasy

THIS MASSIVE EVENT WILL FEATURE:

DIRECT FROM THE NETHERLANDS THE FIRST EVER CHICAGO/MIDWEST APPEARANCE OF:

Zany is known as a veteran disc jockey, with over fifteen years of experience producing and performing in the European dance scene. He has performed at Defqon, Qlimax, Qlubtempo, X-qlusive, In-Qontrol, Decibel, Hardbass and Sensation Black. He is not afraid of incorporating techno, hard trance and oldschool into his sets because he feels the audience appreciates it if a DJ plays a variety of styles, rather than just hammering away in the same tone.

MC DV8 is rightly known as THE voice of todays hard dance scene. He first appeared in 2005 and since has collaborated with Zany, Donkey Rollers and Showtek, which have made him known all around the globe. He has written and lent his voice to tracks like Front 2 Back, Shout Out, Distorted, Hold Us Back, Electronic Stereophonic and of course the instant classic, Nothing Else Matters. These tracks have made DV8 a pioneer to hard dance MC's worldwide. His performance ensures the party gets rocked big time, every time. Get DV8'ed baby.

Donkey Rollers is a live-act that was spontaneously born in the studio of Freaky Music combining the styles of Zany, Jowan and MC DV8. For the last five years, the Donkey Rollers have performed at parties like DefQon1, In Qontrol, HardBass, Energy Switzerland and numerous clubs around the Netherlands, Belgium. Germany and Switzerland.

WIN VIP TICKETS TO THIS EVENT!!! 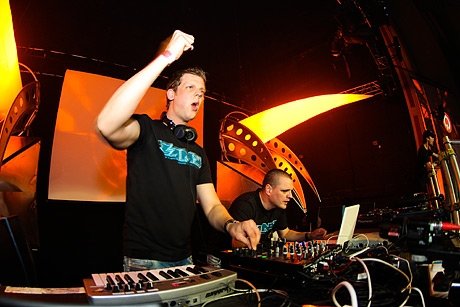