This week Temple Fridays presented by Rock It Science, Remedy and Back2basics brings you Toronto's Osunlade, SF hero David Harness, and Trust in the Destiny Lounge featuring DZ, DJ Enki and Konnect!
RSVP to eric@rockitsciencesf.com for free entry before 12, $10 after.
MAIN ROOM:
Osunlade (Yoruba)
Osunlade is an artist who personifies art. His music as well as his being creates unified melodies manifested with balance, life and wisdom. In 1999, Osunlade would embark on what is now his dream come true. The founding of Yoruba Records. Recognized as one of the most important dance music labels worldwide, Yoruba Records is purely a source of music created to elevate the spirit.
David Harness (Thread Recordings)
David Harness is one of the most popular DJ/producers in the San Francisco Bay Area club scene. He has been described as "a man who lives, breathes and emanates everything that is beautiful about deep house music and classic garage." David is considered a "rising star" within the dance community.
DESTINY LOUNGE - Hosted by Trust:
DZ (Badman Press)
2008 was a massive year for DZ with no shortage of releases bearing his name, and even though he builds new material incessantly, forever chasing new sounds, arrangements, techniques and styles, he has maintained a core sound that continues to appeal to listeners worldwide. From “the speaker-popping drop of the year” (phonica) on High Deaf’s “The Boss” (OffRoad off001), to the “no-nonsense slice of dancehall murder balladry” (forced exposure) of “Old Timers” (Black Acre acre006), down to his “truck-sized steppy 4×4 floor packer” (phonica) remix of Bobby Caldwell’s “What You Won’t Do For Love” (Slit Jockey sj002), to the #1 selling dubstep track of 2008 on beatport (www.beatport.com) in “Down” (True Tiger ttr013), you would be hard-pressed to find a dubstep mix in 2008 without at least one of his tracks on it. Even house DJ’s have been playing his releases and dubs, from Diplo naming “Down” his #1 track of the month in XLR8R’s October 2008 issue, to Herve playing his remix of Jokers of the Scene’s “Baggy Bottom Boys” on his Radio1 Essential Mix, to Jack Beats battering his dub “AWOL” and the hundreds of mixes posted online featuring (and most opening with) his Bobby Caldwell remix.
DJ Enki (Oakland Faderz)
Konnect (Trust)
CATACOMBS:
Ton (Temple Music Group)Osunlade & David Harness at Temple Friday 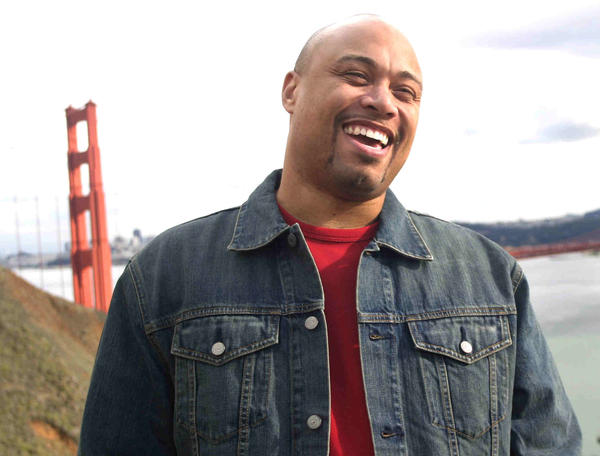