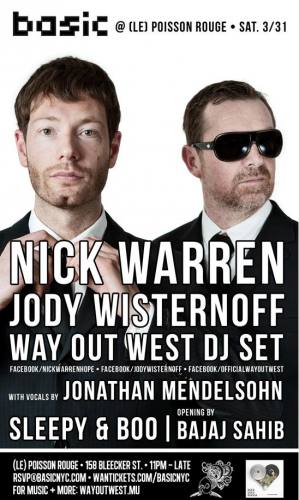 This is a night we've all been waiting for - an incredible night of music featuring NICK WARREN and JODY WISTERNOFF - the seminal Way Out West duo themselves on the decks! It's been ages since these two have played together in New York and we're proud to present this special event at (le) Poisson Rouge. From deep house to progressive, Nick and Jody will be presenting nothing but cutting edge dance music all night. Don't miss this extremely rare appearance with two of our favorite artists.

with live vocals by JONATHAN MENDELSOHN