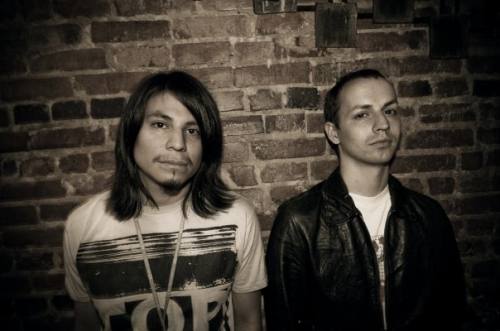 This year's Mayham Mayhem brings you some of the most cutting edge bass music coming out from rapidly rising stars! Check out pics of last year's mayhem and get ready to go HAM!

When the beat drops at a Nadastrom show, you better have your hands up. Dave Nada is known to stage dive while his DJ partner Matt

Nordstrom squeezes the duo’s most riotous beats through the speakers. It’s a reminder Nadastrom aren’t just pushing 21st century dance music toward the edge – they’re jumping off it.

backgrounds, but share a ravenous appetite for extremes. As the prime architects of Moombahton – a sound Nada invented on the fly at a basement party by slowing Dutch house music down to the tempo of reggaeton – the duo have been praised in the pages of Spin and Rolling Stone, pumped on the airwaves of BBC Radio 1 and NPR, and revered at nightclubs and festivals across the planet.

Nada was born in Maryland, a first generation Ecuadorian-American

surrounded by five brothers and the sounds of cumbia, Ecuadorian folk, salsa, merengue and reggaeton. As a teen, he gravitated toward

learning to DJ on college radio. A move to Baltimore landed Nada in

the second surge of Baltimore club music, where he DJed alongside club

tracks of his own.

beltway where skateboarding provided a contact point with punk, metal

and hip-hop. In the late ‘90s, he swapped the skateboard for

turntables and switched his college major from psychology to audio

engineering. Soon, Nordstrom was the resident engineer for esteemed

likes of Stevie Nicks and P. Diddy, even scoring a Grammy nod along

When Nada and Nordstrom came together in 2007, the chemistry was

instant and the music was colossal. The group signed to Switch’s

Dubsided label where their debut debut EP, “Pussy,” immediately topped the charts on Beatport. Since then, Nadastrom have produced tracks for a slew of artists, including Kid Sister, and have done remixes for Kid Cudi, Benny Benassi, Christina Aguilera, Waka Flocka Flame, the Death Set and Alex Clare.

In 2010, the duo relocated from Washington to Los Angeles and hit the road, performing at the biggest festivals in dance music, including Australia’s Creamfields festival with Deadmau5, the Disco Biscuits’ Camp Bisco festival, Bass Island with Bassnectar, the Mad Decent Block Party with Major Lazer and the HARD Festival in Los Angeles with Ducksauce, Chromeo, BoysNoize and Odd Future. This fall, Nadastrom joins Skrillex and 12th Planet for more than 50 nights on the hotly anticipated Mothership Tour.

Meantime, Moombahton has become a movement of its own, with Nadastrom serving as the genre’s leading ambassadors. Diplo’s Mad Decent label dropped the acclaimed compilation “Dave Nada presents Blow Your Head Vol. 2: Moombahton” in May and Scion released Nadastrom’s Moombahton EP “El Baile Diabluma” this fall.

“There are never any rules,” says Nada of the duo's approach. “And

Moombahton helped us realize that even more."

SABO is a Dj internationally known for the last 15 years for his signature ‘funky music to make you feel good’ style, which is a rhythmic combination of House, Moombahton, Tropical Bass, Latin, Brazilian, Afrobeat, Disco, Reggae, Cumbia, Dub, Miami Bass, Hip Hop, Funk and Soul. SABO was nominated in 2006 to URB’s ‘Next 100’, and has also been featured and mentioned on popular websites and in magazines like Rolling Stone, The Fader, XLR8R, Generation Bass, Frank 151, Groovailizacion, Mundovibe, RE:UP, and Ghetto BassQuake. SABO recently relocated to Los Angeles after 11 years in New York City managing the Lower East Side’s staple record store, Turntable Lab, as well as holding residencies at Turntables on the Hudson, Bembe, Cielo, The Standard Hotel, Submercer, Sweet n Low, Nublu, and a monthly Global Beats radio show on 91.5 FM. SABO has performed with international artists Erykah Badu, Sting, The Black Eyed Peas, Chromeo, Chico Mann, Yerba Buena, Brazilian Girls, Antibalas, The Pimps of Joytime, Forro in the Dark, Si*Se, and The Herbaliser. As a music producer for the last 7 years, SABO established his own independent label, Sol*Selectas, where he has released 16 Eps, two 12” EPs on DJ Nickodemus’ Wonderwheel Recordings, a 6 song EP on nu-cumbia label Bersa Discos, and a full album co-produced by Zeb, called ‘Global Warmbeats’ on Irma Records. He has remixed and collaborated on music for artists such Dennis Ferrer, Gregor Salto, Nadastrom, Daniel Haaksman, J-Boogie, Nickodemus, Los Monos, Pacha Massive Sound System, Balkan Beat Box, Los Empresarios, and DJ Sun. In 2010, SABO established himself as one of the pioneering producers for a new genre called Moombahton. With mentions in magazines such as Nylon, Rolling Stone, MixMag, and Spin, he then created the monthly party Moombahton Massive with creator Dave Nada, released 4 free EPs, and has over 20 remixes available for free download on hishttp://soundcloud.com/djsabo page.

Baytron is a DJ/Emcee/Vocalist/Producer/HumanBeing out of Alton, IL representing for the St. Louis and Midwest underground music scene. Baytron's wide array of track selection and incomparable ear for music always keeps the crowd going crazy. Let us not forget his love and passion for hip hop and emceeing. With a mixtape to be released soon, Baytron is well on his way to a takeover... 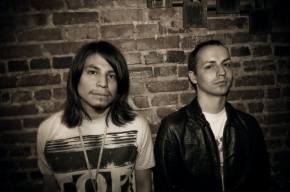