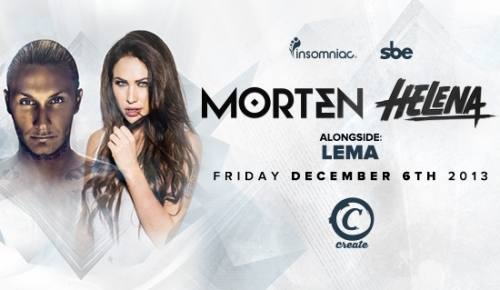 What: Morten + Helena at Create

Morten: a wildly versatile act that's hard to match! With never a dull moment behind the decks, he commands the audience as soon as he steps on the decks.  Helena is a female genius puts the magic where it's meant to be- in the music! Now a world wide icon, showcasing her depth with electro, progressive and house beats, she's been rising the charts as the female boss of electronica.  Keep a look out for Helena's remix of Morten's "Look Closer" and catch them both at Create on December 6th!
About | Advertise | Contact | FAQs | Terms of Use | Privacy Policy | Accessibility Policy © 2021 - TheUntz.com. All rights reserved.