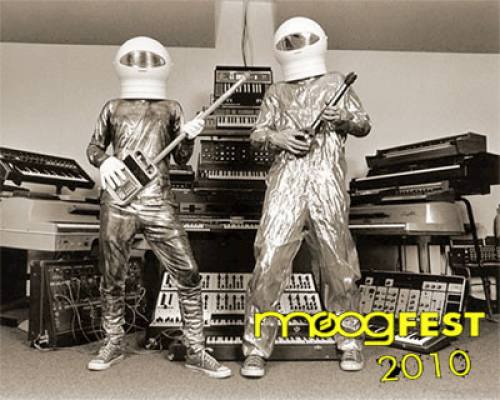 
MoogFest 2010 marks the first time the annual celebration will be held in Bob Moog’s adopted hometown, Asheville. The change in location brings a renewed focus on innovation and pushing creativity toward new dimensions. While we acknowledge Bob’s contribution to music, MoogFest isn’t a retrospective or trip down nostalgia lane. Legendary artists from the 1960s and 70s go hand in hand with Moog, but that’s a myopic view; the beginning, not the end, of the of the Moog story. The artists appearing at MoogFest 2010 are fearless innovators who have helped create new genres of music, blazing trails for others to follow. In that spirit, it’s clear the Moog revolution has only just begun.


Moogfest 2010 will be held on Halloween Weekend in Asheville, NC.