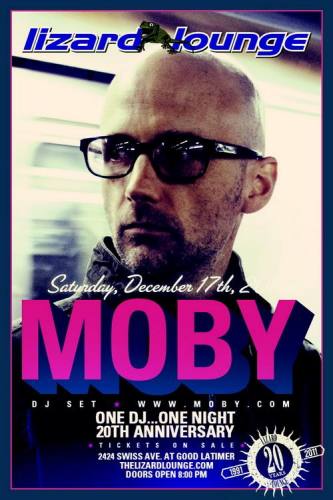 
"Moby was one of the most controversial figures in techno music, alternately praised for bringing a face to the notoriously anonymous electronic genre, as well as being scorned by hordes of techno artists and fans for diluting and trivializing the form. In either case, Moby was one of the most important dance music figures of the early '90s, helping bring the music to a mainstream audience both in England and in America.


Moby was one of the first major acts to play Lizard Lounge in early 1992.


Today, Lizard Lounge remains one of Dallas' most versatile live music venues, with a capacity of over 1000 guests.