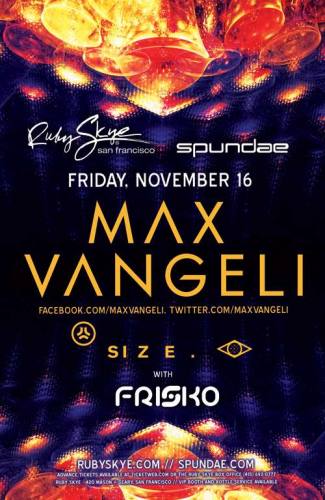 Daring to chase his musical ambitions all the way to America, the world is now the stage for the irreplaceable House stylings of Max Vangeli. Described by MTV as One of the most promising artists for 2011, he has excelled all expectations in his accession to the high end of his craft. Injecting an unmistakable energy into every avenue of his career, his forthcoming debut album alongside best fri

end AN21 featuring collaborations with Steve Angello and Tiesto is enough to indicate that with so much momentum already behind him, there is little stopping this master of emotive House anthems.

Where San Francisco provided the canvas to which Max could cater his club-worthy dreams, a host of chart-topping remixes and an extensive global tour for 2010 were accompanied by the devout support of Pete Tong for ‘Gama’ as an ‘Essential New Tune’. Ending the year as one DJ Mag’s ‘Top 5 DJs to watch in 2011’, there could not have been a more positive energy surrounding the eclectic producer.

Be it uplifting remodels of Ellie Goulding’s ‘Starry Eyed’ or the Zane Lowe approved remix of Pendulum’s ‘The Island’ alongside Size Records head honcho Steve Angello and label mate AN21, Max’s dexterity for finely tuned peak time anthems has seen him become increasingly familiar with the Beatport charts.

With a worldwide hunger for his bold live endeavours, be it frequent slots at Pacha Ibiza for the Masquerade Motel alongside the Swedish House Mafia, spots at Sensation White or his own solo exploits both in America and overseas, Max is an artist who has excelled in taking the energy of his music wherever he goes.

But 2012 spells further wonder for this formative international House asset. Collecting a host of his closest friends for debut album ‘People of the Night’ alongside familiar collaborator AN21, this heartfelt endeavour promises to be a game changing instalment in the young producer’s already flourishing career. Surrounded by an ever-glowing presence on the international club circuit and crucial encounters at some of the most prestigious festivals on offer, Max remains as relentlessly committed to perfecting his craft as ever.

Watch out for Max in your city as he continues to push the boundaries of his craft to the limits and provide the world with priceless moments and music of a prestigious momentum. 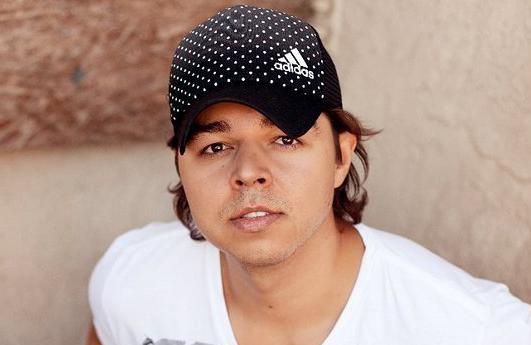