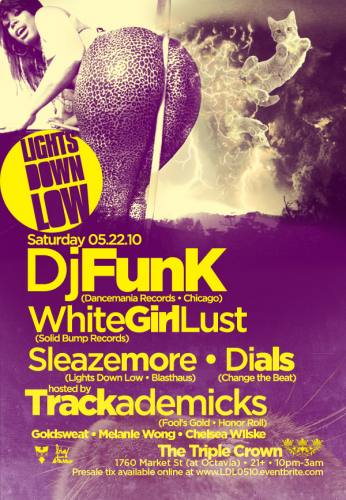 What: Lights Down Low

Lights Down Low is back for May with a slamming lineup with a Dance legend and one of the hottest new young producers on the block, DJ FUNK and WHITE GIRL LUST!
DJ FUNK (dancemaniarecords.com)
is a Chicago house DJ who pioneered the ghetto house subgenre of house music. Through the 1990s, he built a regional reputation in the Chicago-Detroit region and in the Midwest rave scene. His 1999 album Booty House Anthems was distributed nationally and sold over one million copies. More recently he has remixed the likes of JUSTICE
WHITE GIRL LUST (solidbumprecords.com)
White Girl Lust founded Solid Bump Records with a mission to reinvigorate the stale condition of the modern dancefloors that drown in blog induced mediocrity. It seems the duo is meeting their high standard as the label was recently called "the go-to label for bangin' disco house" by Turntable Lab. Since it's beginning in 2008 the label has become home to much of the best new generation of house music - including Le Principle, Ghosts of Venice, Mykill, Meroz and Laberge. WGL themselves are no strangers to rocking a dancefloor either - having shared bills with Kid Sister, Erol Alkan, Green Velvet, DJ Dan, Flosstradamus, and hundreds more. These boys can't stop... and that is good news for the new generation of house music.
support from
SLEAZEMORE (Lights Down Low • the Ice Cream Social • Blasthaus)
DIALS (change the beat • soundpieces)
Photos by JUSTIN LAMB and BRANDON MOORE for SF Station
Hosted by TRACKADEMICKS
(Fool's Gold •Honor Roll)
Saturday May 22nd
THE TRIPLE CROWN
1760 Market St (at Octavia) • 21+ • 10pm-3am
$10 Presales Available Online 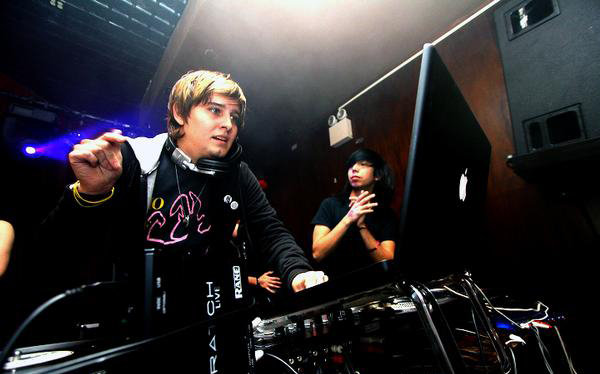 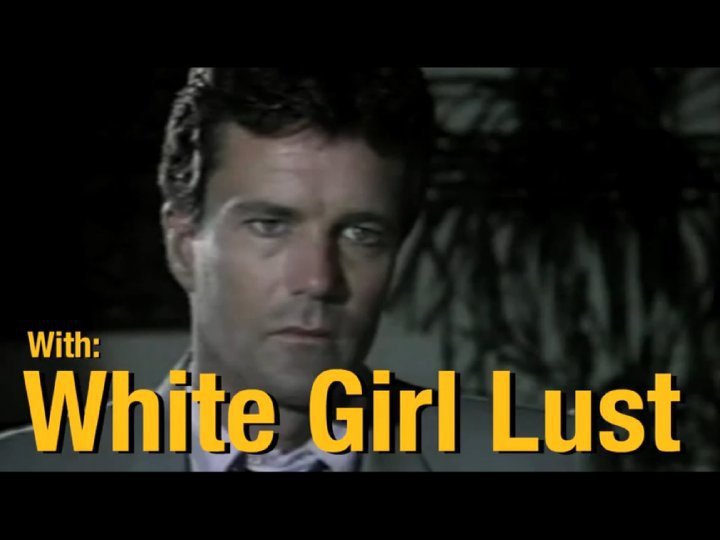