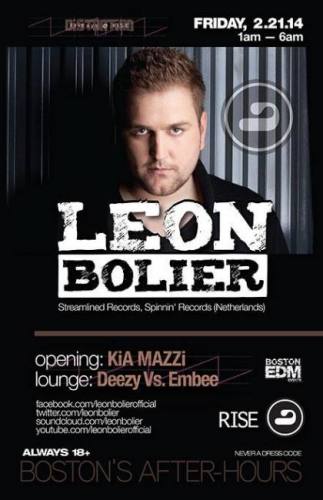 
Leon Bolier started his production career at the early age of 14. Together with his brother Bart he produced several tracks. In 2005 Leon started his solo career. Releasing ‘melodical dance music’, as he likes to call it. In addition he started DJing and nowadays has an impressive resume as internationally acclaimed turntablist. He travels all over the world to perform in front of thousands of clubbers and playing hundreds of nights in a year. His creative mind and all of his hard work was rewarded in 2008, 2009 and 2010 when Leon Bolier appeared in the DJMAG top 100list.


Leon Bolier has an impressive track record. He released two full albums ‘Pictures’ (2008) and ‘Phantasa’ (2010). He also released numerous singles and remixes which are being supported by the biggest names in de business, like: Tiesto, Armin van Buuren, Paul van Dyk, Ferry Corsten, Paul Oakenfold, Marco V and many many more. His tracks also have been compiled on CDs by Tiesto (In Search of Sunrise) and Armin van Buuren (A State of Trance), and on other big compilations.


In 2011 Leon released one of his biggest tracks ’Cape Town’. Named by Leon, Armin van Buuren and the crowds at the ASOT500 celebrations the track had had incredible impact all over the world. The hype surrounding ‘Cape Town’ and Leon’s performances during ASOT 500 made @leonbolier a trending topic on Twitter. Nothing less than astonishing!


2012 marked the release of chart toppers: ‘Me’, ‘You’ and ‘Us’. He collaborated with house mogul Alex Kenji to create ‘Trumpets’ and remixes Alt-J’s ‘Something Good’. Currently he’s finishing some brand new original productions, which will be released very soon. 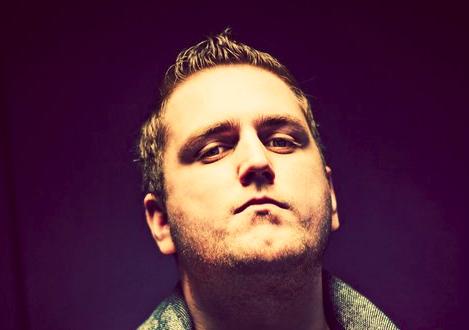