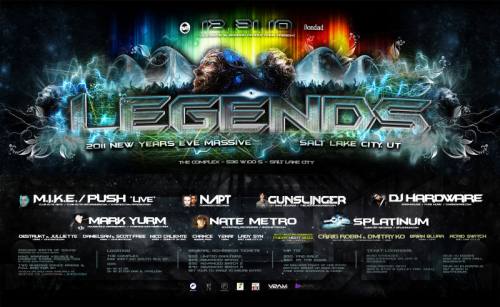 For some artists, a song title is a mere formality. For M.I.K.E., it's the beginning of a story, and indicative of an event or life experience that compels you to listen and find out more. M.I.K.E.'s own story started aged 10, after a Depeche Mode synth electro performance wowed him into wanting to produce music, he went on to release his first track at 18 and never looked back. Following 7 album releases under various guises (including Push and M.I.K.E.), dance and chart success all over the world, and remixes for everybody from Sinead O'Connor to Moby over to Bomfunk Mc's and Armin Van Buuren and many more...

NAPT, aka Ashley Pope and Tomek Naden, are a multi-award winning British electronic dance music production and DJ duo whose popularity has rocketed in the last 2 years. Their self coined N-Funk sound is a heady concoction of breakbeat, electro and house spawned from the UK underground and informed by a keen ear for the tasteful end of the commercial spectrum.

Gunslinger is the new sound of alternative dance. With roots as a singer/songwriter and rock band front man, Gunslinger pairs past with present, blending classic song structure and vocals with years of professional dance experience to create a natural and original genre. Backed by some of the scene's hottest producers, Gunslinger fires from an arsenal of varied influences and medium, laying down tracks that work on the dance floor as well as home stereo.

A legend in his own right, DJ Hardware's career as an international artist spans the scope of over two decades. Hardware is a definitive DJ, producer and Remixer, a tastemaker who has achieved worldwide accolades and has established himself at the forefront of the electronic music scene! His sets combine brilliant searing progressive house with uplifting dirty electro house as he layers his sounds, building the realms of a musical journey that culminates into a total mind and body meltdown!

DJ Mark Yurm is the alter ego of Brandon Couturier, and is primarily a breakbeat DJ from Atlanta, GA. He has been rocking dance floors since 1994. He is one of the most well rounded DJ's to ever come out of Atlanta, mixing anything from House Music, to Drum N Bass (as The Rainmaker), and everything in between. He specializes in broken beats including Breaks & 2 Step, although he has been know to drop sick Electro set now and then as well. With such an arsenal of styles it is no wonder why when Mark Yurm is on the decks, there is definitely a party going on.

As a nearly 20 year turntable veteran and the son of a Rock-n-Roll Hall of Fame nominee, Nate cut his teeth in the Seattle club/warehouse scene of the 1990s. After performing for thousands of people in every western state including Hawaii, Nate has learned to read crowds and respond musically. Nate's professional production debut was ushered in with a remix project for Shush Music ("Hyphy Reggae" by Yacek) which was later featured on a Sharkslayer mix for Palms Out amongst others. Shortly thereafter Nate inked a new deal with Steve Konkel and the Soundfreq Music family. With several releases and remixes as several aliases and for various labels doors continue to open for this always changing and growing artist.

SPLATINUM is the collaboration of Andrew Luck and Adam Houghton. Their musical output spans genres but the common element of devastating low-end threads through every composition. Luck and Dosadi's rhythms and bass frequencies slug and surge with a thrilling high impact."Every sound seems to be massaged extensively and genetically tweaked to maximize grimy bling-osity, coating the tracks in high-gloss soot." Dave Segal, The Stranger

2010 has been a big year for Splatinum, seeing the release of their debut full length album "We Are Splatinum" on Mochipet's Daly City Label as well as remixes and original singles for Abstract Logic, Mass Movement, Street Ritual, and Orson Records. Not to mention a free six track EP entitled "Love for those Hustlers" released in collaboration with Bass Drop.

Their recorded output is matched by a hyperkinetic live performance that pushes the envelope of electronic improvisation and showmanship. Combined with their flair for the dramatic and crowd interaction their shows pulse with enthusiasm and energy. 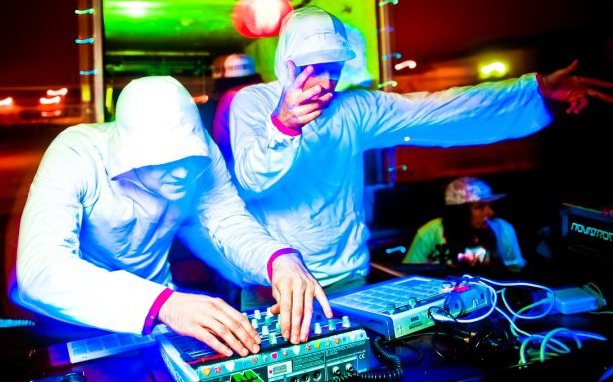