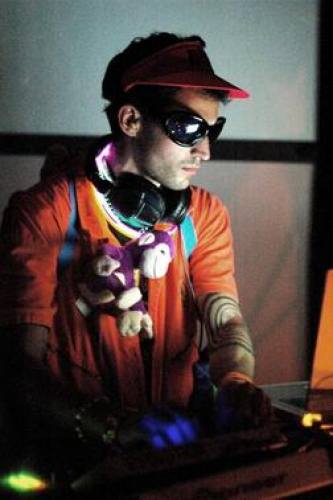 
Also known as a pioneer of electronic music, Kraddy stands as a visionary in his field, a fresh voice that spans genres of artistic style. Hybridizing hip-hop, dubstep and dancehall with digital edits and cuts, Kraddy's music is a voice from the future awakening our ears and minds to what is yet to come.


Hotwiring naughty synth lines and dancefloor-crushing beats with elegant harmonic textures and twisted, pop-cultured hooks, Virtual Boy craft a grimy, cinematic sound all their own on the group’s debut EP "How Long Does It Take To Get To Space?," released July 21, 2009 on 1320 Records. But even before Virtual Boy had an official release, taste-making DJs spanning packed clubs to BBC Radio were spinning their atmospheric bangers, which owe as much to Bach and Mozart as they do to Ratatat, evoking Air as much as Virtual Boy’s heroes-in-glitch Nosaj Thing and The Glitch Mob.