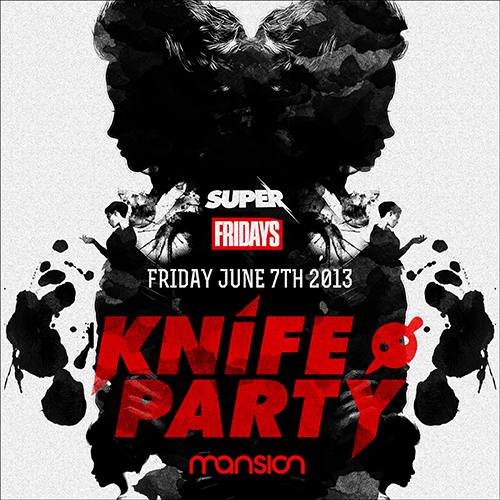 Knife Party is a side project featuring the two founding members of Perth, Australia's long-running act Pendulum. In late 2011, Gareth McGrillen and Rob Swire debuted their aggressive electro-house/dubstep guise with 100% No Modern Talking and provided as a free download on the duo's website. They also matched up with Swedish House Mafia for the Virgin-issued "Antidote," billed as Swedish House Mafia vs. Knife Party. Remixes of tracks by Swedish House Mafia ("Save the World"), Porter Robinson ("Unison"), and Nero ("Crush on You") trickled out around the same time. Join us as Super Fridays presents Knife Party at Mansion Nightclub in Miami Beach