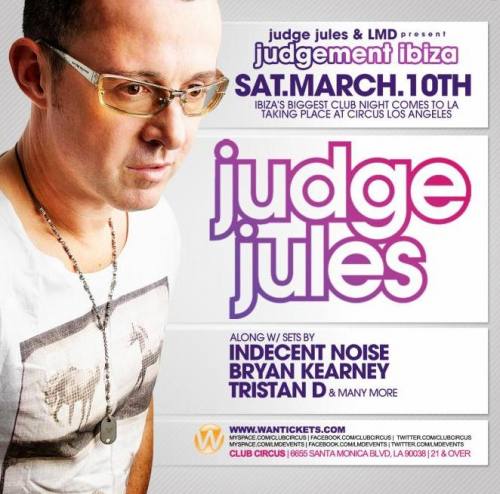 Jules began playing in 1987, launching a career that has easily notched up hundreds of thousands of miles, millions of spins of the decks and countless gigs in far-flung destinations, as well as the odd dirty warehouse thrown in for good measure.

Jules' DJ sets are the epitome of what DJing is about - passion, amazing tunes and a pair of hands capable of the most nimble of mixing.

With a list of awards that would make the American Olympic team blush, Jules has earned his place amongst the DJ aristocracy.

Awards aside, there is no doubt that Jules remains one of the most popular figures in dance music, both home and abroad.

Jules' ability to pull a crowd, swirl them round and leave them wanting more makes him a promoter's dream. Jules regularly plays at all the top club nights in the UK: Cream, Godskitchen, Gatecrasher, Progress, Garlands, Goodgreef, Slinky, Passion @ Emporium, Serious @ The Cross, Slinky, Lush (Northern Ireland), Inside Out @ Arches (Glasgow), Promise and the Honeyclub. Plus he packs out fields at the UK's best festivals and weekenders including Homelands, Creamfields and Global Gathering.

Jules' deck skills are consistently in demand in Western and Eastern Europe (incl. Czech Rep., Russia, Romania, Hungary, Spain and Germany) , the US, the southern hemisphere (Brazil, Argentina, Australia, Hong Kong, Singapore and India) and on the African continent (The Pyramids, Egypt) and also U.A.E. 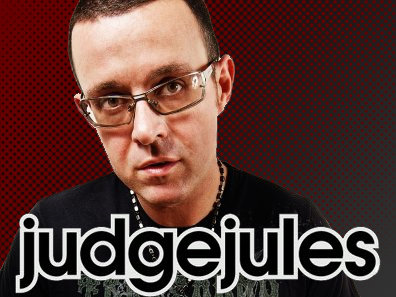