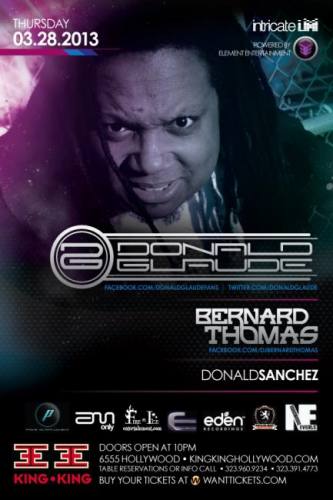 Powered by Element Entertainment, Prime Entertainment Ventures presents Intricate, at King King Hollywood, Thursday, March 28th, 2013, from 10pm to 3am.   Headlining the night is the electrifying Donald Glaude!  In support is Hollywood’s own, Bernard Thomas and making his club debut is Donald Sanchez.  Your visual artistry is provided by FIREnICE Entertainment.