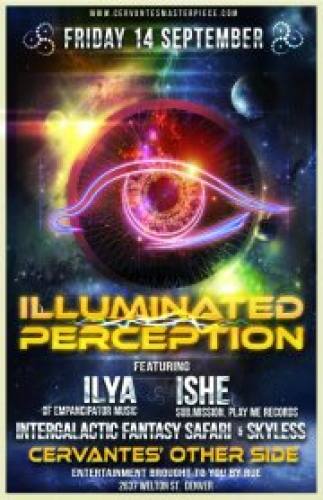 VIDEO of ilya at LIB: http://youtu.be/7PX3nOMStpk

Ilya began studying violin at the age of seven with Tatyana Shevzova, and later studied with Donald Weilerstein, Paul Kantor, Judith Ingolfsson, Lina Bahn, and Edward Dusinberre. He received his Bachelor’s degree from the Cleveland Institute of Music. After completing his Master’s of Music degree from the University of Colorado at Boulder, Ilya began expanding the spectrum of musical genres within his performances. He has since appeared with bands like The Future Simple Project (Family Moons artist collective), Satori Social (Bluetech), Elephant Revival, Supercollider, and The Sweet Divine. He also recorded albums with folk-rock band Devotchka and electronic producer Random Rab. Currently, Ilya is a member of the Monterey Symphony Orchestra and part of the electronic duo Emancipator, with whom he performs nationally.

it all started for Ishe in 1994, at a rave in the forest outside of Boulder,

Although he didn't know it at the time, his life would be changed forever. With his first record purchase: Sandals "Feet" on FFRR, the journey began. Throughout the 90's Ishe performed for some of Denver's original production companies. His experiments with production began during this time, laying the groundwork for what was about to take place.

Around 1997 Ishe stumbled upon a record called "Blowpipe" on R&S records by Rennie Pilgrim, and his love affair with new school breaks began. The next five years were dedicated to this sound, which had finally become vogue in Denver. Throughout the next 10 years, Ishe became widely accepted amongst industry insiders as one of the best DJ's Denver had to offer. The cycle of weekly residencies and the occasional large booking continued throughout the early to mid 2000's. By 2004, the purchase of a studio and Serato Scratch Live catapulted Ishe into the world of digital.

Ishe's musical tastes continued to progress and he began to spin Drum and Bass and Hip hop along with his breaks. His focus on production increased, and he was soon opening for major players like Craze, Dieselboy, and Total Science. It was also around this time that Ishe got serious about promotion. He helped form the Supabreakz Coalition and brought out breakbeat headliners such as Sunz of Mecha, Ctrl-Z & Screwface, and the Cereal Killaz, events which are still widely talked about today.

2008 would be another banner year for Ishe, both artistically and professionally. His move into bassline driven electro house, led to the creation of BLINGFACED, a multi-faceted group of DJs, Producers, and Promoters that has enjoyed tremendous success locally and nationally since its creation. Ishe also caught the Dubstep bug in 2008 and attended Burning Man for the first time. In the end of 2008, Ishe was signed onto Velcro City Records. His first release, a dubstep remix of Anthony Ash's "Autumn Burn", reached the top 100 on the Beatport Dubstep Chart. Every subsequent release would reach even higher on the charts, with his remix of Joman's "These Breaks" peaking at #26 in the Beatport Dubstep Top 100, also on Velcro City. Ishe's remix of DJ Hero's "Return to Rave" reached #16 in the Beatport Dubstep Top 100 in March of 2009. His remix of DJ Hero's "Baddest DJ" reached #36 in March of 2010.

2009 proved to be a very successful year for this resilient veteran; with appearances at the largest events Colorado has seen yet; Caffeine, Skylab, Electric Daisy Carnival, Planet of the Drums, Future Sound of Breaks, and Bassphrodisiac. With a total of 26 releases on Beatport in 2009, Ishe received worldwide attention for his production.

A reviewer on Track It Down had this to say about Ishe's remix of Chris Nunchaku's "Human Blood":

"Ishe gives us a dubstep smasher of a remix for on Velcro City Records. Ishe, has been churning out some high quality remixes as of late and we particularly like this whining bass heavy slab of party wobble material. EXCELLENT REMIX!".

World-renowned producer and DJ B.Rich featured Ishe's remix of Joman's "Understand My Style" in a mix in 2009, and "Physical Force" by Ishe and Dj Hero could be heard in a mix by Jeekoos.

It's now 2010 and Ishe is back at it with 3 remixes forthcoming on Velcro City Records, and a remix completed for internationally known EDM act Rabbit in the Moon. Performances in Salt Lake City, UT, Lincoln, NE, and Kansas City, MO, have further cemented his national reputatio

Intergalactic Fantasy Safari is the brainchild of MADELINE and Synthetic Dialect, both based in Denver CO. IFS is both a performance and production force, with live performances featuring them at the helm and enhanced through performers and interchangeable live musicians.

Synthetic Dialect is both a producer and dj that incorporates various music styles and sounds into his music, with bass always being a driving element. A founding member of Intergalactic Fantasy Safari with MADELINE, he strives to bring creativity and originality into music and live performances.

MADELINE is originally from Massachusetts. She threw her first party with Dj Venom @ Club Hell in Providence, RI in 2005 and never stopped since. Moved to NYC to promote at The infamous LIMELIGHT. Then found herself in Denver where she started playing out at burningman and Apogea on systems such as BASSCOUCH . She has toured Europe playing in Amsterdam, London, Rome & Athens as well as most of the United states. Here to bring you bass.

Skyless is Caleb Arrants, an electronic bass music producer from Denver, CO. After years of playing shows in Colorado with various metal bands, Caleb has focused his musical talents to the energy of the electronic dance music scene. Incorporating his background in classical music, metal, post-rock and other genres, Skyless brings a new sound to the EDM scene with his funky glitch-hop beats. 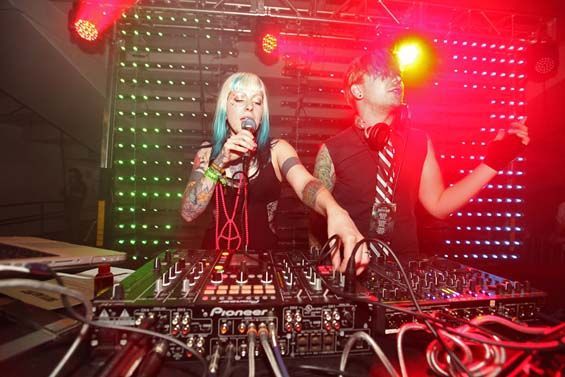 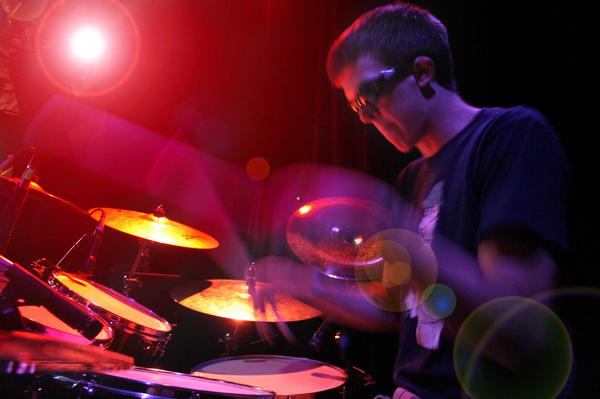