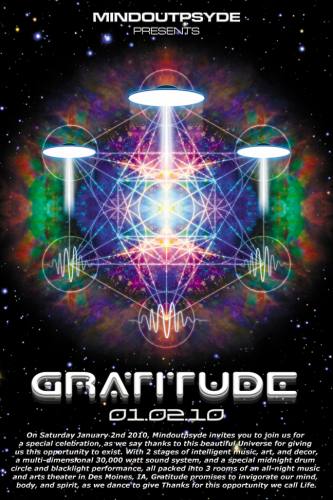 What: GRATITUDE - A Celebration of Life