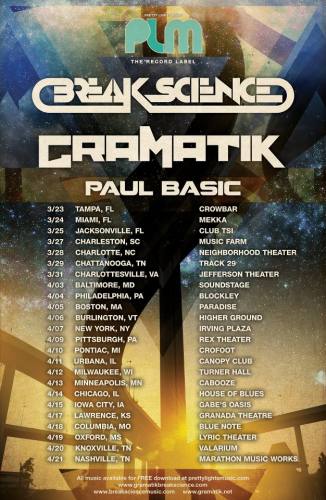 What: Gramatik, Break Science and Paul Basic @ The Blue Note