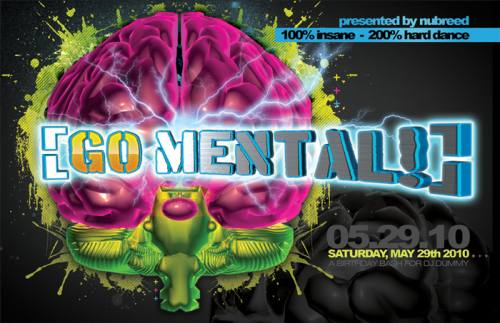 SHARKEY (UK) - FREEFORM HARDCORE
Kaotik Records/Freeformation
The Undisputed Godfather of Freeform (seriously, look it up. Wikipedia credits him with naming the genre) returns to Seattle for another night of pure insanity!! Whether behind the decks or on the mic, Sharkey is simply the craziest, most intense and insane hardcore dj the entire world over! He's already gone BONKERS, Seattle DO NOT miss this opportunity to GO MENTAL with the man himself!!
----
SPREE & ADB (MN/NE) - US/UK HARDCORE
Midwest Originators | SpreeAndAdb.com (MN/NE)
*One More Time Tour*
Spree & ADB are the craziest old skool badboys who have rocked over 250 international raves worldwide. Spree is renown for his unique 'Tornado' scratching skills and ADB is the only UK MC to have hosted events in London, NYC, LA, Barcelona, and now Seattle. After 12 year this is the last time you will get to see these lads live together so bring some friends and let's get messy, Oi Oi!
---
IAN K. - US/UK HARDCORE
Mad Panik Records | Smokeshack | Nu Breed
Seattle's Hometown Hardcore Hero is back again! Ian lit 2009 on fire with performances at Hardcore 'Til I Die in the Sun, in Lloret De Mar, Spain and Earthdance in Phoenix, AZ and several of his tracks peaking in the top 10 on trackitdown.net's hardcore charts, more than one of which have been dropped by BBC Radio 1's award winning DJ, Kutski. With an invitation back to play mainstage at HTID in the Sun 2010 and a stable of forthcoming tracks, Ian K is poised to make a lasting and permanent impression on the global hardcore community.
---
WHEELZ - HARDSTYLE
Smokeshack | Marble Productions | Nu Breed
SMOKESHACK SOLDIERS! Throw up the 'W'! Your very own General of Hardstyle brings it back for his first hometown solo set since February! From his roots in banging Hard House and driving NRG, to the pounding Hardstyle he delivers today, DJ Wheelz has been the the undisputed pioneer of Hard Dance in the Emerald City since 1998! With a blossoming production career along side Smokeshack partner Endope, and Seattle heavyweight Ian K, Wheelz has gained international recognition with 'Remember the Name' produced with Ian K, having found its way into the play list of the UK's #1 DJ, Kutski, on the world renowned BBC Radio 1.
---
DUMMY & Kid Kaboom - FREEFORM HARDCORE
Nu Breed | Product Apparel/ Nu Breed | Beat Affinity
Back by Popular demand! Seattle's only Freeform Duo returns riding off a stellar, and musically sound preformance at Bounce Again, Dummy & the Kid are sure to bring some bangin new tracks and another round of seemless mixing for Dummy's birthday set!
---
BOUNCY - HANDS UP 'KANDI TRANCE'
Nu Breed | Webbwerx | Lovetribe
Bouncy is back at it once again! Undeniably Seattle's premiere Hands-Up "Kandi Trance" DJ, Bouncy's unique style and seemingly inexhaustable energy are sure to get you bouncin' and singing along! Kandistomp your heart out at over 150 beats per minute!!
---
Boyz Will B Boyz (Tigon & JollySmackers) - HARD DANCE
Nu Breed
One of Seattle's most adored DJ couples return fueled with a new sound for 2010. Deriving from the hard dance that they both love, and infused with dirty electro basslines, dubstep influenced breakdowns, big room vocals, and trancey synths. Boyz Will Be Boyz gonna make ya head spin!
---
VENUE:
Motor
1950 1st Ave S
Seattle, WA 98106
AGES:
16+
TICKETS:
$10 Very Limited
$15 limited
$20 Unlimited
"NO GUEST LIST"
Happy Birthday to
Dummy,Mandur & ADB
About | Advertise | Contact | FAQs | Terms of Use | Privacy Policy | Accessibility Policy © 2022 - TheUntz.com. All rights reserved.