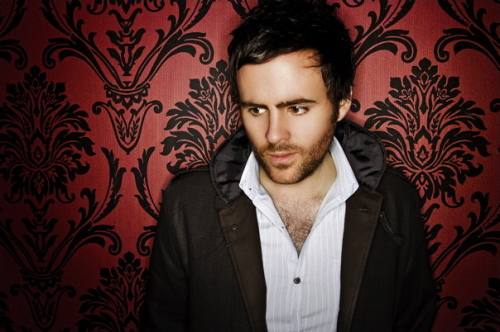 
Most DJ/producers don't crack into the DJMag Top 100 before the age of 30. Most of them don't shun major label attention. Most of them don't have them don't have theballs to call out the scene that they belong to when it's failing to deliver the goods. And some don't even produce 'their' own tracks. Gareth Emery, with his potent blendof trance, house, electro and techno, however, is not your average major league artist.

“I guess it’s just good, melodic dance music,” he says of his musical style. “One of the most positive things about the scene over the past few years has been thegradual breaking down of genre barriers and the cross-pollination of sounds. I just look for records that I enjoy musically and also work well in a club. The genre is unimportant”. He's not afraid to meld his bold, scintillating electronic motifs with more organic flavours, with his crisp, sharp leads and basslines frequently married tosoaring vocals, traditional songwriting prowess and what some might call 'proper' instruments.

While he's spent record-breaking stints at the top of Beatport's Trance sales chart, and while trance will always be a part of what he does, he won't let the soundultimately define him. “I’ve realised that my strength is in music and melodies that touch people. I’m a music guy. It just happens to be that the music I make iselectronic. That realisation has allowed me a lot more creative freedom, then when I felt I had to write music for a certain ‘scene’.” It's this very decision which has helpedhim to garner such widespread acclaim and which has ensured that he's never boxed as simply a trance DJ/producer. His ambitions are bigger than any one sound orscene, and his eclectically flavoured output is testament to that fact. “The longer I’ve been producing, the less I see myself as a dance music producer and more as anartist and musician” he explains of this approach to production. “I always start a track with the music, rather than the beats, and I found the dance scene after classicalpiano training and years of playing guitar in bands, so I guess in a way I’ve come full circle.”

His ground-breaking podcast started back in 2006, marking him out as one of the key early adopters of the now ubiquitous format. Nominated several times for theMiami IMDA Best Podcast award, it's been a seriously important calling card for his career. “I got lucky basically. But I also never had any musical rules about theshow; it was always whatever tracks I liked that week, regardless of whether they fitted my sets. Down the line that allowed me to be more innovative and varied with myDJ sets.” He's consistently voted inside the DJMag Top 100 DJs Poll - peaking at Number 7 - with his burgeoning Garuda party selling out Manchester's legendarySankeys four times in a row and spawning a critically acclaimed compilation, The Sound Of Garuda. Building a musical brand around his name in record shops,download stores, radio and clubland has given him an all-encompassing reputation in dance music which is rivalled by few.

As you can probably tell, Gareth Emery is a man of hard-graft and sizeable ambition. His ambitions are impressive, with a view to produce bands and other artists in thefuture. His focus for the foreseeable future is on building further on the huge platform that Garuda sits on, taking his club nights and new show across the globe, whilecontinuing to create more slices of 'anti-genre' dancefloor gold