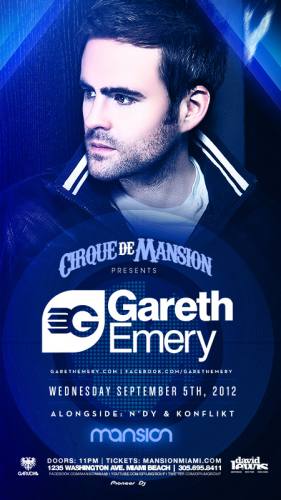 Most DJ/producers don't crack into the DJMag Top 100 before the age of 30. Most of them don't shun major label attention. Most of them don't have the balls to call out the scene that they belong to when it's failing to deliver the goods. And some don't even produce 'their' own tracks. Gareth Emery, with his potent blend of trance, house, electro and techno, however, is not your average major league artist. His ambitions are impressive, with a view to produce bands and other artists in the future. His focus for the foreseeable future is on building further on the huge platform that he sits on, taking his club nights and new show across the globe, while continuing to create more slices of 'anti-genre' dancefloor gold. Join us as Cirque de Mansion presents Gareth Emery at Mansion Nightclub.