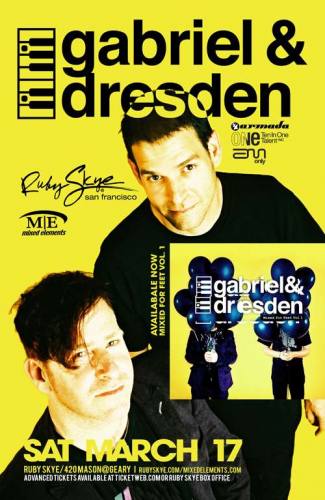 For electronic dance music fanatics, the year 2011 marks a new musical promise. After three years of work apart, the critically acclaimed and multiple award winning duo of Josh Gabriel and Dave Dresden are back together with a new energy and spirit.

In 2001, Josh and Dave joined forces under the now legendary Gabriel & Dresden moniker. Within their 6 years of collaboration, Gabriel & Dresden scored 19 number 1 Billboard Hot Dance/Club Play remixes and tracks, made three DJ-mixed compilation albums, an artist album and won seven International Dance Music Awards. Their tracks 'Arcadia', 'Dangerous Power', 'Let Go', 'Tracking Treasure Down' Andain Beautiful Things and numerous other masterpieces have turned into some of EDM’s biggest classics. 'As The Rush Comes', by their Motorcycle alias with Jes Brieden, they won the IDMA award for 'Best Progressive Trance Track' as well as peaking at #11 on the official UK top40 charts. The G&D treatment, through remixes and interpretations, was given to tracks by The Killers, Annie Lenox, Sarah McLachlan, Dido, Tiësto, Paul Oakenfold and Way Out West, making their sound cross borders from trance and progressive with pop, indie and soul sensibilities.

As 2010 came to an end, Gabriel and Dresden decided to go back to their roots and reunite at the Hollywood Palladium in Los Angeles for New Year’s Eve 2011. Their return behind the decks showed that after two and a half years apart, nothing really changed. Gabriel & Dresden's comeback marks one of the most notable moments in EDM this year, finally answering the call of millions of dance lovers. With gigs at some of the world's biggest festivals, clubs and events planned and a new compilation in the making, Gabriel & Dresden are all set to do what they love most: celebrate music. And we're all invited. 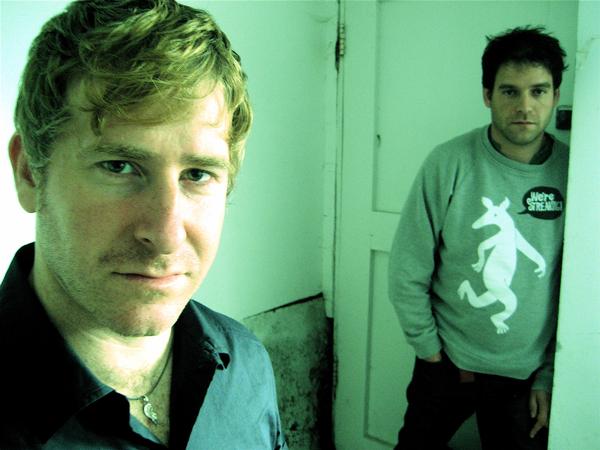