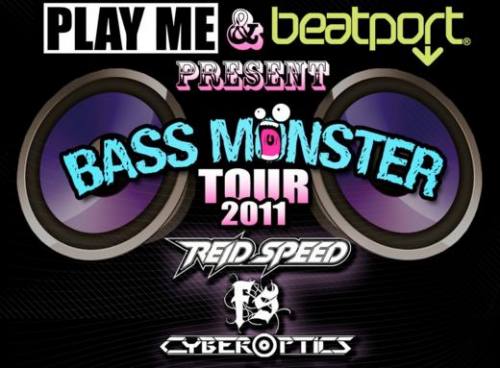 What: FURTHERSOUND PRESENTS: PLAY ME TOUR

With Local Support From:

Since it's inception in July of 2000, FurtherSound has been promoting quality events in the Midwest focusing on Bass Music such as Dubstep, Drum & Bass and Electro. Known for bringing in top notch talent, massive sound systems and first time artist appearances, FurtherSound strives to deliver proper production and organization for all our events. A small list of talent that we have either promoted or hosted include Rusko, Caspa, Matty G, Reso, Andy C, Ed Rush, Optical, Skream, Little Dragon, Hive, Adam F, 12th Planet, Antiserum, Mark Instinct, Hulk & many more. Since relocating to St. Louis from Chicago in January, FurtherSound has quickly brought the first STL appearances of Matty G, Trowa, Bokator, Deathface, Oblivion, Jeekoos, Nebulla, SUBnoxoius & Typhonic. Other artists have returned such as Hellfire Machina, Metaphase and DeeJ and we plan on continuing to bring out new and old acts to St. Louis on a monthly basis.

You have watched it grow from its humble beginnings deep in the mind of Reid Speed to a world class juggernaut of a record label. With over 60 artists in under 2 years, there's no mistaking that PLAY ME Records has quickly risen to the top of the Dubstep and bass music mountain. 2010 was a banner year for the brand, with 3 #1 hits and an unending string of top 10's that lead to Play Me being voted Dubstep Label Of the Year and Play Me's tunes and artists We Bang & Bare also receiving acclaim by the folks at Beatport. 2011 has seen the rise continue with seven of this year's releases charting in the top #10 and FS hitting #1 with "Yup".

So without further ado, it's time to unleash the power of Play Me upon the world. Play Me Records and Play Me Too bring you the "Bass Monster” Tour and this Halloween is the perfect date for such an event.

The core of the tour features label bass boss / DJ extraordinaire Reid Speed alongside FS, formerly of bass turntablist band Ming & FS, who's first 2 dubstep releases have skyrocketed to the top of the Beatport dubstep chart. Rounding out the lineup is Play Me's boy wonder Cyberoptics, who's Play Me debut "Geisha" hit #1 for over 4 weeks in the summer of 2010. With these 3 on deck, and local Play Me heavy hitters from surrounding cities supporting, this is a Monster of a line up you don’t want to miss.

Reid Speed has been a dancefloor destroyer for over a decade, and is second to none when it comes to heavy bass music rinseouts of all genres. She currently runs Play Me Records and Play Me Too, the United States' leading dubstep, drumstep and bass-of- all- genres labels while holding down a full production and tour schedule. As one of the first US DJs to champion speed garage & 2 step (which have become todays's fidget house and dubstep), her new label's quick rise to the top of the dance charts reflects her continually forward thinking musical evolution.

Reid started out in the New York City underground working behind the counter at the legendary Breakbeat Science store, holding residencies with Stuck on Earth, Direct Drive & Camouflage while in college at the School of Visual Arts. Drum and Bass at the start, she was soon was seduced by the sounds of 2 step and speed garage and began DJing full time, producing tracks and throwing her own events. Signing to Breakbeat Science's label in 2001, she released her first mix "Resonance" to much critical acclaim, and successfully followed it up with 2003's "Life After Dark." On subsequent tours with Om artists Ming & FS and Colette she honed her precise genre mashing mixing skills and developed a synergy with her crowds that is unmatched. With both her and her label's tunes and mixes getting dropped around the world every day, this girl's musical outreach and undeniable popularity will only continue to expand.

FS is an American producer, composer, DJ and musician based out of Brooklyn, New York. He continues his bass music odyssey with a string of chart topping dubstep hits, including Both ‘Yup' & ‘Touch O Klass' hitting #1 on Beatport’s Top 100 Dubstep chart, and ‘Shake Dat Ass’ hitting #4.

A young producer taking the Dubstep world by storm; at age 19, Alex Epps aka Cyberoptics first made his big smash into the scene with his release "Geisha" on PLAY ME Records. Released in May of 2010, Geisha climbed to number 1 on Beatport.com and held it's place in the top 5 for over a month, battling producers such as Borgore and Doctor P.

Hailing from Memphis TN, Cyberoptics is greatly influenced by the dirty south but also the wide varieties of electronic music as well. With a unique style of different themes, deep sludge bass and a heavy sub, it's almost impossible not to move your body to these alien sounding bass tones!

Cyber's latest 4 track release from Play Me Records: "The Tie Fighter EP" exploded onto the Beatport Top 20 with songs "Pimpin" hitting #3, "Geisha VIP" right behind at #4, and "Tie Fighter" and "Toasty" topping out at numbers 14 and 17.

Currently Cyberoptics is hard at work on a full length album, touring with Play Me heroes Reid Speed & FS, and working closely with other producers such as Liquid Stranger, Quartus Saul, Dayn, Chrispy, Robokop and F3tch.

Metaphase (Frankie Bernstein) has blazed a bright trail through 2010 , and will only continue to bring world-class, high energy bass music into the future. With music released on over 7 labels and spanning 8 genres, Metaphase can engage and destroy a dance-floor at any tempo. Having released music since 2004 Frankie Metaphase has an impressive discography that counts over 15 releases, in both Vinyl and Digital formats.

Recently, Metaphase has seen great success on the Beatport charts with his 'Inevitable' remix released on Betamorph . His tracks have seen support from the likes of Reid Speed, N-Type, Benny Page, and Babylon System to name a few. As a producer, Metaphase never rests. He is 1/2 of the group Trowa, recently signed to heavy-hitting labels Play Me, and West Bay Music. Currently collaborations are brewing with Smog producers DLX and Pawn, as well as remixes forthcoming on Section 8, and Betamorph in 2011.

Having 10 years of DJ'ing under his belt, holding a residency with Pure Filth LA, and headlining in over 10 Major U.S. cities , a crowded dance-floor is never the same after Metaphase is done with it!

Hailing from Minneapolis, MN, Oblivion hit the scene hard with releases on Betamorph and Play Me Too, with his latest offerings debuting at # 16 and #17 on Beatport's Top 100.

Garnering attention from the genre's who's who including Reid Speed, Helicopter Showdown, Dodge & Fuski, Hulk, Triage, among others. With forthcoming releases on Ultragore and Betamorph, 2011 is shaping up to be a bright year for this young producer.

He’s already been through STL once this year for our FurtherSound event in May, and we can’t wait to have Oblivion back for another epic performance.

Alongside local support from DJ's:

CUSTOM PRINTED, HARD COPY ADVANCE TICKETS WILL BE MAILED OUT TO PURCHASER 45 DAYS BEFORE EVENT.

If tickets are still available after September 14th, your name will be at the WILL CALL table at the venue. 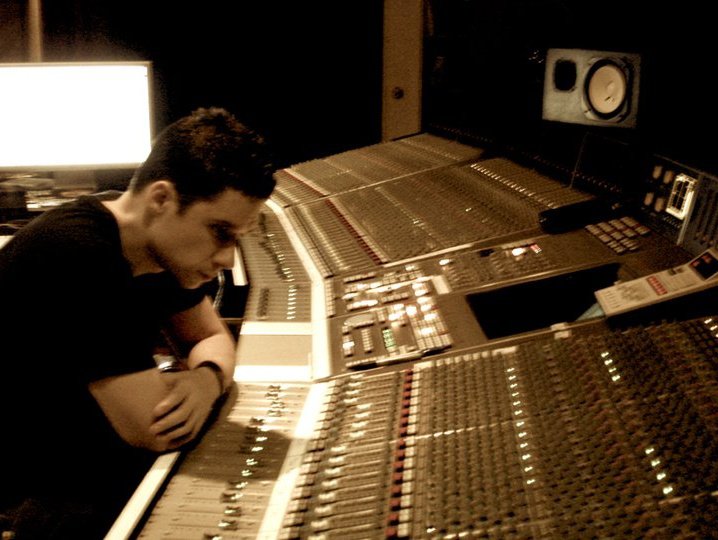 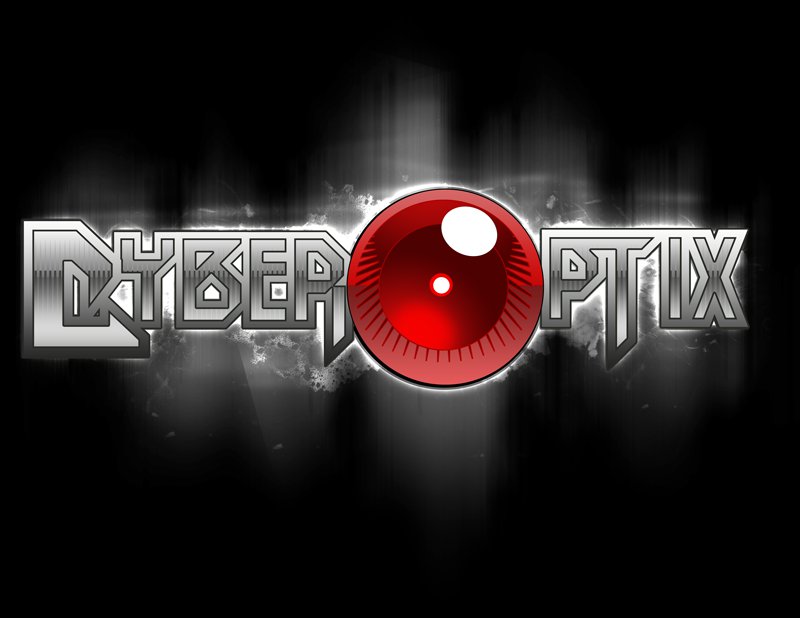