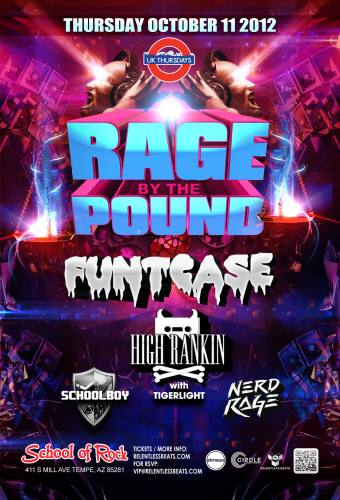 
Relentless Beats, UK Thursdays, and School of Rock present the Rage By The Pound Tour featuring Funtcase, High Rankin with Tigerlight, Schoolboy, and Nerd Rage at School of Rock on Mill Ave on Thursday, October 11 , 2012.


James first expressed his love of music through jamming with his schoolmates, taking his energetic and aggressive drumming style from death metal as well as being heavily influenced by happy hardcore and jungle, growing up to a background of Helter Skelter and Dreamscape mixtapes.


Along came Music 2000 and James discovered the world of electronic sound, before an introduction to Reason opened up his eyes to a whole new world of music production beyond pre-made loops.


After hearing ‘Bandwagon Blues’ by Twisted Individual, James fell in love with the drum and bass sound and began to focus his talents on producing. Sharing his tracks with D&B radio stations led to the first recognition of his foot-thumping talents, and a first digital release ‘Unleash’ on Hammer Records followed in 2007, under the alias DJ Dose. He started working with Sensa and Jayline, with several more releases following, and James began to DJ to promote his own sounds.


High Rankin signed to Underdogs Management in July 2008 and since then has released his lauded EP's on Herve's Cheap Thrills label, as well as featuring tracks on Jay Cunning's new Sub Slayers label, with his own Suicide Dub imprint now in full flow. Added to this, he achieved a development publishing deal with Bucks Music Group and his live performances have become highly in demand across the UK, Europe and Russia. Ever the avid remixer, his remixes for Kevin Rudolf, Missy Eliot, B Real (Cypress Hill), Skunk Anansie, Adam Freeland and Amon Tobin Professor Green, etc have garnered him even further acclaim.


School of Rock is a two room venue with staging and bar located in the heart of downtown Tempe on Mill Ave. School of Rock recently hosted our R3HAB event and has been home to UK Thursdays since it's move to Tempe. 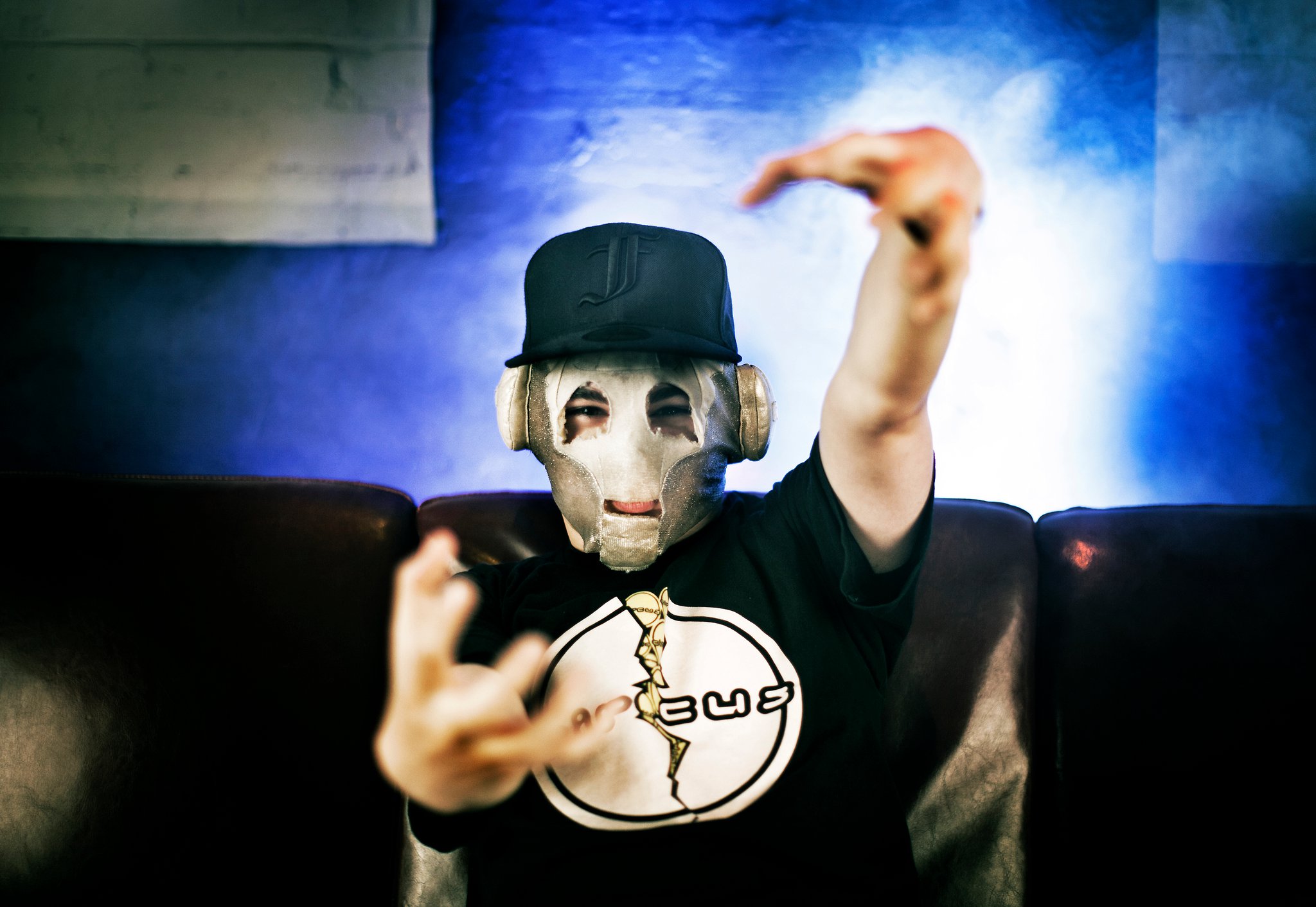 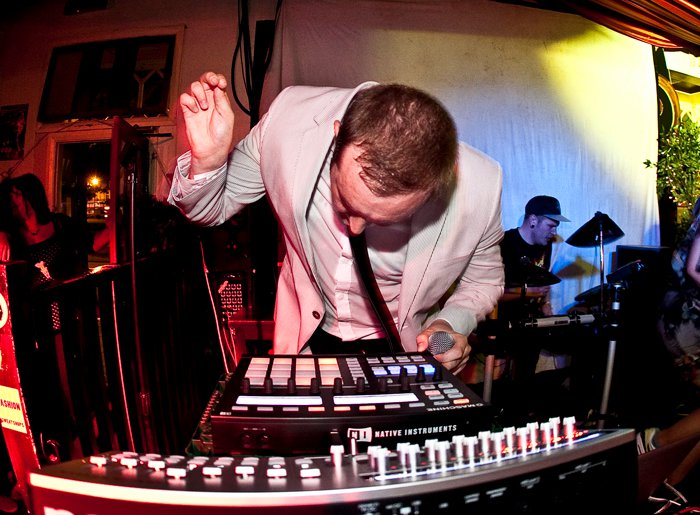