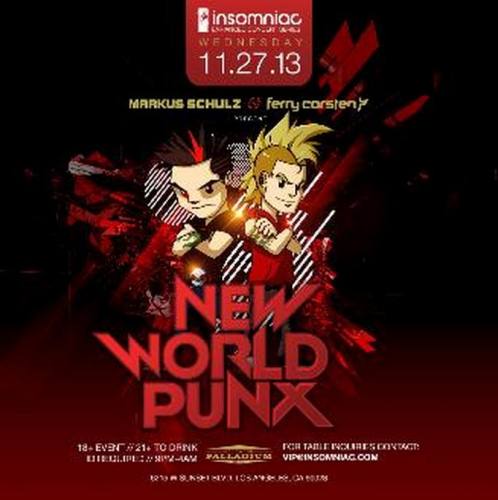 
Trance Family assemble! Thanksgiving is rapidly approaching, and we're giving you something to be thankful for, one day before it arrives: New World Punx at Hollywood Palladium!

Redefining the term supergroup, New World Punx are a force to be reckoned with, both in the DJ booth, and with their stellar productions. Stuff your ears the day before you stuff your face, come party with New World Punx at Hollywood Palladium on 11.27.13!