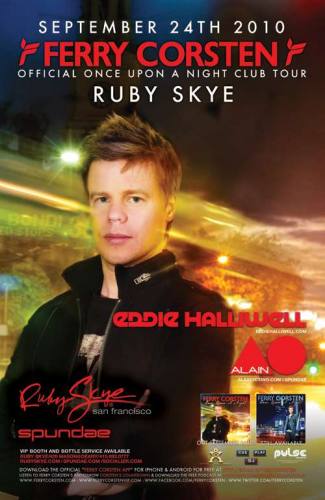 
Amid an arsenal of flashing lights, mesmerizing pyrotechnics, ascending fireworks and pulsating beats, tens of thousands of people are singing at the top of their lungs to his classic productions and latest hits. They clamor to get as close to the stage as possible at a recent concert to get a better view of the man pulling the strings behind the decks. From Malaysia to Melbourne, Lebanon to Los Angeles, the scene is eerily similar, with dance music fans the world over experiencing the latest show of a living legend. Few DJs can inspire this level of pomp and furor.

But then again, few have reached the levels of Ferry Corsten.

It's easy to get hyperbolic and excessive when talking about DJs, but with dance music pioneer Ferry Corsten, whose musical productions and DJ sets have combined trance, house, and electro, the facts speak for themselves: Best Producer of the Year (Ericsson Music Awards). Best Trance DJ (Ibiza DJ Awards). And consistently voted as one of the Top 10 DJs in the world for almost a decade according to DJ Magazine. Since his immersion on the scene in the late 1990s, the Dutch musician has amassed best-selling albums, nearly a dozen gold singles, and countless other awards. Still, as longtime fans already know, Corsten has never been one to rest on his laurels.

This DJ/producer, who has just toured with his Twice in A Blue Moon: The Experience show, has played to hundreds of thousands of fans across the globe and has been busier than ever strengthening the link between his own musical production and DJ show elements. Based on his last artist album of the same name (featuring the hugely successful singles We Belong, Radio Crash, and Made of Love and released on Corsten's own record label Flashover Recordings), the show is just the latest in a career that has melded influential productions with unprecedented live sets. In stark contrast to the typical DJ set that focuses solely on the DJ himself, Blue Moon's 6-hour plus set sees Corsten as only one part of a grand, visual production, bringing the crowd into the party instead of lecturing and dictating like so many of his peers.

While the producer is best known for his trance classics, Corsten has also been known to push boundaries creatively and has always been keen to switch up his musical style when the mood hits him. The producer released 2006's L.E.F., an updated version of the classic electro Corsten loved growing up that earned the #1 spot on iTunes upon its release.

2010 is set to be one of Ferry Corsten's busiest years yet. In addition to an upcoming album celebrating the 10th anniversary of the ultimate trance anthem System F: Out of the Blue, Corsten is busy preparing his latest compilation album with exclusive material and another full-length under his own name with an accompanying grand production tour set to kick off sometime next year.

It's an ambitious schedule, but one in which Ferry Corsten has built his career on in past years. Someone who has had as many hits, rocked as many dance floors, produced so many classics, as Corsten would be forgiven for taking a hiatus and basking in the accolades. But there are still future classics to be made and people the world over to be entertained. And with a master who has already proven himself time and again running the show, the legend's career is just starting. 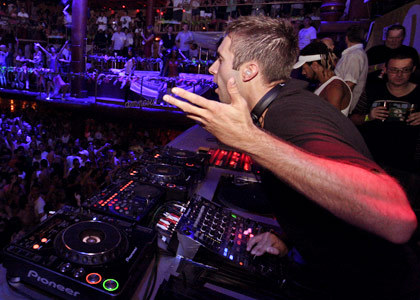