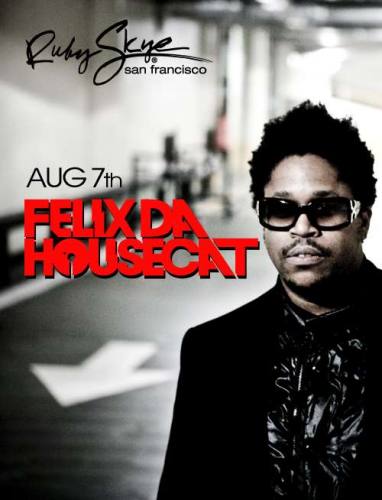 Two-time Grammy Award Nominee FELIX DA HOUSECAT brought electro to the masses with his groundbreaking album ‘Kittenz & Thee Glitz’ which included the UK top 40 pop chart crossover hit ‘Silver Screen (Shower Scene)’. From his collaborations with P. Diddy, James Murphy (LCD Soundsytem), and Miss Kittin, to his remixes for Madonna, Marylin Manson, and Nina Simone, Felix continues to shape the sound of music today. His ‘GU34 Milan’ compilation is out now on Global Underground and his ‘He Was King’ artist album is out summer 2009 on Nettwerk Productions