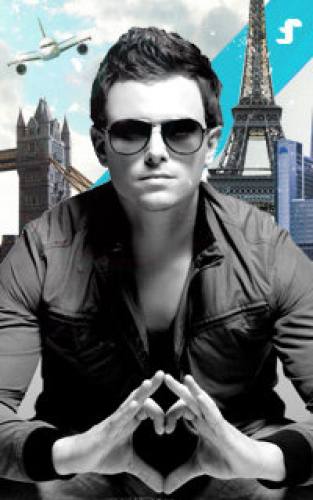 
2009 has been a truly phenomenal year for Dutch artist Fedde le Grand. With a glittering career that includes worldwide number ones, packed arenas, throbbing dance floors, A-list collaborations, a raft of international awards and a debut artist album ‘Output’ that hit over 60 countries worldwide, it’s been a year that has cemented his reputation as one of the most forward-thinking, in-demand, creative forces in global music.


His parties have been rocking the Netherlands since 2001; his label Flamingo Recordings has been pushing its unique sound since 2004; and then in 2006 Put your hands up for Detroit full on exploded. The track hit No 1 in the UK, Spain, Russia, Finland and Bulgaria; won Best Underground House Track and Best Breaks/Electro Track at the IMDA 2007, Club Banger Of The Year at the 6th Annual Club Awards in Miami 2008 and secured Fedde the fiercely fought over Best Breakthrough Solo Artist gong at the IMDA 2007.


But though this may have been an impressive ‘beginning’, it was just that – a beginning. There was more to come from le Grand and the world was about to sit up and take notice of the Dutchman. Let Me Think About It, The Creeps and 3 Minutes to Explain all followed, setting club-land on fire and stamping Fedde’s name all over the global music charts. There was nobody anywhere that fell short of Fedde’s magic – including Grammy Award-winning Black Eyed Peas front man Will.i.am, international electronic godfather Fatboy Slim and Madonna – need we go on? That the Queen of Pop should have picked up on Fedde came as no surprise to anyone with one eye on his meteoric career. After using Put your hands up to promote her Sticky and Sweet tour, she then requested Fedde’s remix skills for her global smash hit Give It 2 Me.


The Fedde le Grand bow may well seem over-laden with strings but he added yet another as F.L.G. Since the early days his more stripped-down production has won him an elite group of fans, allowing him to experiment with his darker, more minimal tech-house side. Tracks like Take No Shh, Aah Yeah and Just Trippin’ have already done the business and 2009 brought with it three more releases – F1, Amplified and Pink Bird – confirming his position as one of the most versatile producers of our times and a true master of both the underground and over ground sounds.


Tours taking in every continent have been a major feature of Fedde’s career. North America, South, Australasia and the Far East, Europe – nations have capitulated under his mastery of beats and his sheer presence on the dance floor. Whether it’s as the uplifting Fedde le Grand playing in front of tens of thousands in A-list venues and stadium arenas, or stripped back and bare as F.L.G. in more intimate surroundings, the le Grand express shows absolutely no signs of slowing down – if anything the momentum is gaining. 2009 saw him put the proverbial cherry on the cake with a dominant season in Ibiza as lord of the world’s most famous venue Pacha Ibiza, heralding a new era of party hedonism with his flagship event Fedde le Grand presents Flamingo Nights: New Life.


There aren’t many artists who can top that – of course Fedde being the exception to almost every rule, there was yet more to come in the shape of his eagerly awaited debut artist long player, Output.


Output smashed all preconceptions of just how high the Dutchman can go. Drawing inspiration from hip-hop, funk and electronic dance – and working with Rob Birch (Stereo MCs), Will.i.am, Mr. V (NYC), Mitch Crown, Ida Corr, Camille Jones and Andy &amp; Dorothy Sherman, Fedde produced a body of work that set the planet on fire. A monster of an album, Output laid waste to the notion of a DJ/producer and introduced the world at large to Fedde the pure artist.


And an artist is exactly what Fedde le Grand is, in the truest sense of the world. The passion, integrity and sheer weight of individuality and originality that he brings to the table sees him take his place as one of the most influential electronic pioneers of modern times. Only one-question remains – if this is what Fedde le Grand has achieved so far, what more is there to come? We can only sit, wonder and wait with baited breath…