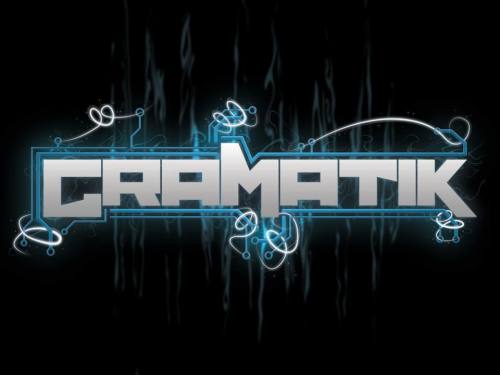 
Euphoric Styles and Wizard Science have teamed up to bring the #digitalfreedom Tour to The Catalyst in Downtown Santa Cruz.

With over 80,000 tracks sold on the influential electronic music site Beatport.com in the past 2 years, topping all kinds of genre charts, Gramatik has matured from a curious kid attracted by soundscapes, to a world-class producer. Gramatik's music quickly gained steam after he first began posting it online in 2008 and earned him nominations for ‘’Best Chill Out Artist’’ and ‘’Best Chill Out Track’’ at the 2010 Beatport Music Awards and taking 2nd place in both categories. After posting a recent remix of Led Zepplin's "Stariway to Heaven" he shot to number 1 on the HypeMachine chart without so much as even a post on his Facebook.

Gramatik is now known in electronic and hip-hop circles around the globe, touring with the likes of Pretty Lights, The Glitch Mob, Mimosa, Two Fresh and many others. This summer he performed at festivals across the US and alongside label head Pretty Lights at his annual (and sold-out!) Red Rocks show.

Born in Taiwan to a rocket scientist father and kindergarten teacher mother, David Y Wang aka Mochipet’s music has traveled the globe from Europe to Asia and everything in between. With many overseas and US tours his music has been featured in Videos Games with the Beastie Boys as well as performed by a 20-piece orchestra at New York’s Carnegie Hall. David sees no boundaries in music, which is why he has worked with everyone from Professional Skateboarder Ray Barbee, to Techno Queen Ellen Allien, Jazz drummer Weasel Walter, of The Flying Luttenbachers, and Mashup DJ Z-Trip. Recently you may have heard his songs dropped by DJs such as Bassnectar. He just finished a tour with Sound Tribe Sector 9 and is currently in the studio working on his new release “Rawr Means I Love You” Due out in 2012!

A true pioneer and master of musical expression, GRiZ (Grant Kwiecinski) stands head-and-shoulders above the competition in terms of the sheer variety of his ever-evolving technical prowess. A tremendously passionate and soulful producer, GRiZ has a peerless knack for creating profoundly engaging melodies to offset the presence of his phenomenally designed bass. Where many artists become mired in a over-simplified and standardized method of production for the sake of creative efficiency; GRiZ has no qualms sacrificing speed for the sake of quality, technical diversity, and an unrelenting devotion to progress and dynamism.

Beginning his saga as a producer at the young age of fourteen, it is immediately evident that his talent and devotion will lead him on a journey of exceptional musical diversity and exploration. From funky rhythms to jazzy melodic embellishment, GRiZ effortlessly incorporates his instrumental zeal for the saxophone with his lifelong dedication to soulful, bass-infused beat-making. This is only the beginning for Grant, and already the stylistic range of his material is both inspirational and utterly awe-inspiring.

For more bass happenings check out:

Questions or comments? Drop us a line.