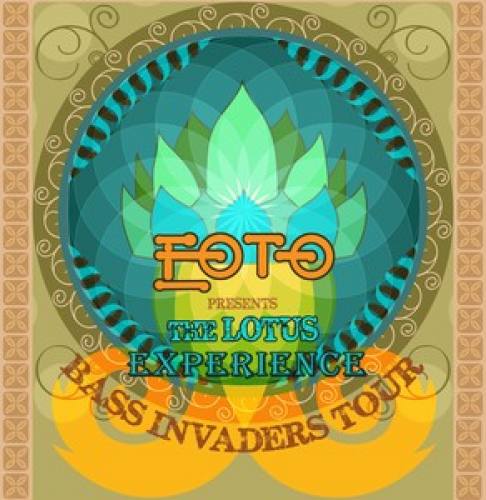 As electronic influences continue to penetrate the live rock, jazz, and jam ethos, one band consistently rises to the top, bringing together fans from across the musical spectrum.  EOTO crisscrosses the country blowing out basement dives, packed theaters, and stages under the stars.  Throbbing bass and thudding beats are the signatures of this project from drummers Michael Travis and Jason Hann.  Born out of their shared love of electronic dance music, EOTO’s M.O. is to take the free-wheeling party vibe of a DJ set to the next level by using organic instruments, innovative performance technology, and uncharted musical exploration.  Live drums, guitars, and keys, and vocals are mixed, remixed, and sampled on the fly using cutting-edge programs.  This is all done without a script, and without a net.

Currently on the road with a fully-immersive and elaborate 3D ‘Lotus Flower’ stage design, with legendary VJ Zebbler, the band’s evolutionary process has been thrust into hyperspeed, eclipsing standard acts in their wake. Each night fans are treated with a unique improvisational visual odyssey paired with equally mind-blowing improvised music. After unveiling their Lotus Stage at a sold out show at the House of Blues in Boston, MA - EOTO has taken the production to the road with stops in 35+ cities on their 2012 Spring Tour, as well as at some of the biggest Summer festivals in the U.S including Bella Music Festival, Lightning in a Bottle, Wakarusa, and Electric Forest Festival to name a few.

Hann and Travis are consummate road dogs, allowing their music to transform and build night after night. You can catch EOTO performing almost 200 shows a year each and every show, different from the last.