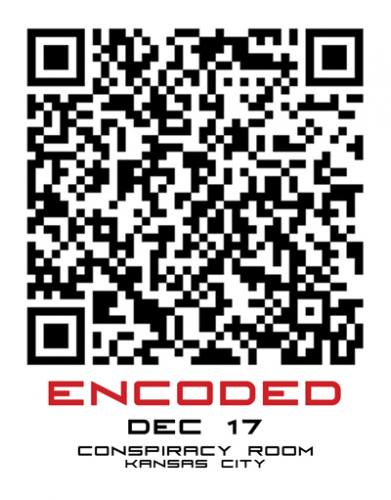 JS2Media, Cicada Rhythm and Snatchy Trax present the first installment of Encoded!  First 100 people in the door will be given a barcode to scan!  The barcode could award free music, tshirts, stickers and more!

Chicago’s favorite Dub-Slinger, Victor Holloway (aka Phaded) is a front-line veteran of the exploding North American Dubstep Scene.  A Computer Science major at UMC, Phaded started out as a DJ at local clubs in his hometown of Columbia, Missouri.  Always the audiophile, a journey through his music collection could take you down a path starting at Hip Hop, with stops to pay homage to Jazz & Blues Standards and carrying along to the sounds of Classic Rock and Dub Reggae.

Phaded has long embraced a digital medium both as a producer and performer, eventually embracing the power and flexibility of Ableton Live.   His live sets are peppered with exclusive tracks direct from both artists and labels alike, with a long list of affiliations to established heavyweights:  Badman Press, Savory Audio, Shift Records, and Filthy Digital to name a few. With an aggressive mixing style, top notch track selection and a knack for knowing how to work the crowd, the quest to hone his skills in the mix is never ending. It is this drive that defines him- both as a performer and behind-the-scenes player. With support from a cult-like following worldwide, Phaded will be delivering the music you’ve been waiting all your life to hear at Smartbar and beyond for years to come.

Having achieved worldwide acclaim for his off-brand variety of Electro-driven Reggae, MC Zulu continues to push the sonic envelope. He deliberately chooses rhythms with a worldly, yet uncategorizable feel to them as the backdrop for his rapid fire, randomized cadence.

MC Zulu's appeal, however goes further than his choice of tracks. While many of his Dancehall contemporaries, finding themselves in unfamiliar musical territory, adhere to a more classic Reggae songwriting style, Zulu enthusiastically breaks rules. He routinely channels a variety of artists which have nothing to do with Dancehall to create his intriguing sound. It is said that he developed such lyrical precision early on, during his collaborations with Hip-Hop greats such as Aceyalone and Kool Keith.

While irreverent interjections of Jazz choruses, Country storytelling or Hip-Hop street smarts may go unnoticed to the casual listener, those who have an attuned ear immediately develop an appreciation for Zulu's imaginative musings. It's no surprise that his most ardent fans around the world are DJs, who have embraced the global music trend often referred to as "mashup" culture.

Veteran producer, and Beatport featured DJ, JJ Soderling AKA FSTZ has been developing his brand of electronic dance dub since early 2006. With his signature “bounce” style, there’s never a shortage of bass weight when FSTZ is on the decks. His mixing skills have received worldwide attention; most notably from U.S. dubstep godfather Joe Nice, who had this to say “I remember the night vividly – Thanksgiving weekend, cold outside and there was a buzz in the air. FSTZ was power-mixing on all levels. One of the best performances I’ve seen all year from a DJ.” FSTZ was nominated “Best Dance DJ” in both 2009 and 2010 by The Pitch Weekly, Kansas City’s arts and culture magazine. Releases forthcoming on Phantom Hertz, RogueDubs and a breakthrough release on Snatchy Trax with MC Zulu, all packed with vibes and mega bass sound. Don’t forget to can catch FSTZ nearly every Saturday on Dubstep.fm or on a sound system near you.

First 100 people in the door will be given a barcode to scan!  The barcode could award free music, tshirts, stickers and more!

On the mobile web - Go to www.i-nigma.mobi on your mobile. I-nigma will automatically identify your handset type, download and install i-nigma. 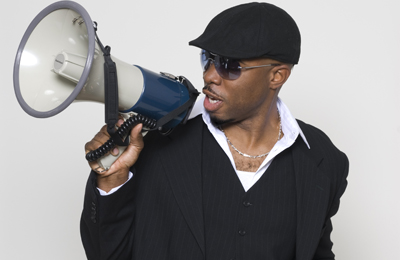 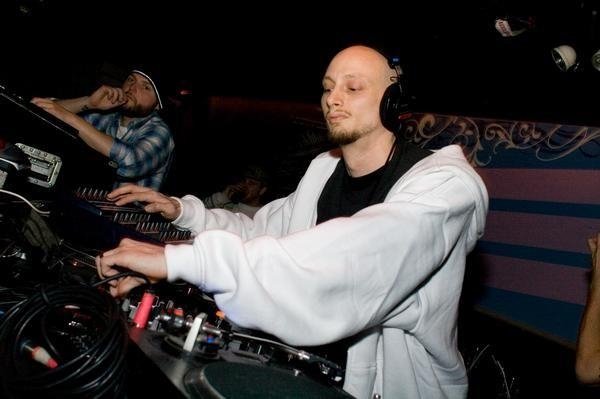