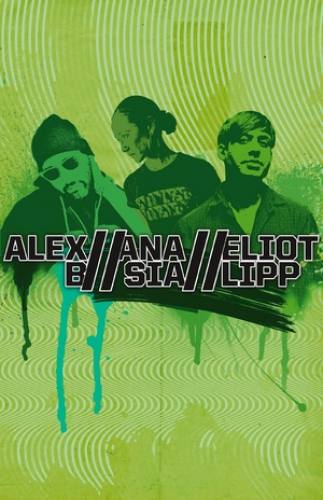 What: Eliot Lipp, Ana Sia, and Alex B @ The Loft at Barfly

Alex B, Ana Sia and Eliot Lipp are some of the most sought out artists in the electronic music

scene today. Individually they tour the world playing to packed clubs and sold out events, but for

2 weeks this Fall the triple threat unite for 2 weeks of appearances.

Still recovering from a festival-filled summer that included performances at Lollapalooza, Global

breakbeat, and to dubstep to crunk.

The two-week tour, expected to sell out top to bottom, will begin at the Lincoln Theatre in

among others before ending with a blow out party at the Abbey in Chicago, IL on October 9th.

and URB Magazine, who flagged him as one to watch in their highly regarded annual “Next 100”

of “global slut psy-hop,” her sets confirm crunk status of all who dare enter into her seamless

world of sound. Her energetic delivery of brain-fazing beats has earned the ‘Princess Slay-ah’ an

as classic electro, has continued to breakdown barriers and crossover trendy scenes throughout

Pitchfork and other media or playing popping parties at clubs worldwide, Eliot Lipp continues to