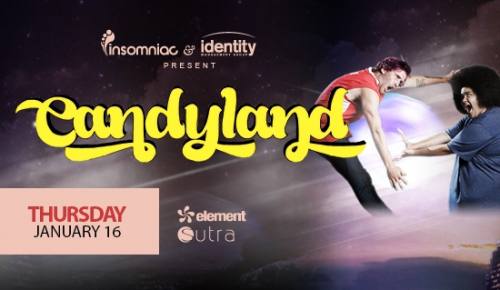 What: Element with Candyland at Sutra

Candyland is paving their own lane, bridging the gap between Dubstep, and House music with every original and remix they release. After winning back-to-back Beatport remix contests (Skrillex "Make it Bun Dem" & Bingo Players "Rattle") they released their own debut album 'Bring the Rain' which was met with great success. Join the multi-genre duo this January at Element Thursdays!
About | Advertise | Contact | FAQs | Terms of Use | Privacy Policy © 2020 - TheUntz.com. All rights reserved.