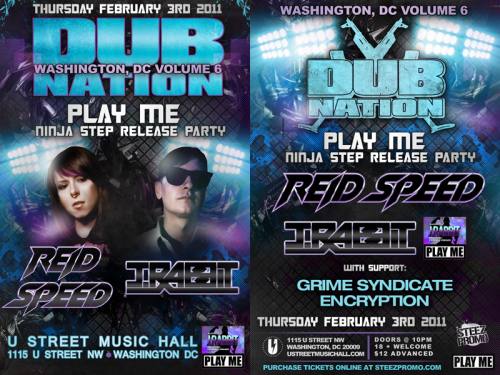 Reid Speed started out in 1996 as one of the first female DJ’s in the New York scene but her skills as a DJ have made her much more than a pretty face behind the decks. She cut her teeth alongside some of the biggest acts in the world while crafting an individual sound mashing up bass heavy genres into seamless sets. She is now one of the most successful DJ’s in the world along with running her record label Play Me Records based out of LA.

J. Rabbit is a dubstep and drum and bass producer based out of New York. He has seen huge success with tracks out on Delorean Music Group and Play Me Records including remixes of B. Rich, Hot Pink Delorean and Digital Terror Records and his chart topping single Sexy Party.