Please join us for a very special DJ4LIFE 3 YR Anniversary Bday bash at supperclub as MEANS+FUNCTION makes his supperclub debut alongside special guest superstar D:FUSE (Lost Angeles Recordings) and DJ4LIFE founder TALL SASHA!
Just 3 Yrs ago DJ4LIFE started as an idea and concept to teach beginners how to spin in order to bring more variety to SF music scene, and help the ease of entry to what many consider to be the best hobby in the world.
Today with 100s of new DJs on the scene and three years later, DJ4LIFE has grown to be present in San Francisco, Miami, Chicago, Denver, Seattle, Las Vegas, Los Angeles, San Diego, New York and Hong Kong. DJ4LIFE has organized some of the best events in the past couple of years, starting from "Castles In The Sky " LoveParade Float in 2008, and Red Light District Float partnering with supperclub in 2009, to amazing Halloween and NYE2010 in supperclub, in addition the program has been so popular that DJ4LIFE has made it to front page of USA TODAY and TIME Magazine in 2009.
http://www.dj4life.org
Join us to honor the special moment on SATURDAY, May 1st when DJ4LIFE turns 3 with an amazing array of performances:
MAIN ROOM:
D:FUSE (LosT Angeles Recordings)
http://www.djdfuse.com
DJ. Producer. Remixer. Drummer. Vocalist. Musician. Human.
There are DJs who turn up and play tracks, and there are DJs that redefine what a DJ does. That person is D:Fuse; a producer, drummer, and vocalist who has taken DJing and moved it into a new arena where flawless music selection, infectious energy and live drumming seats him in a classification all his own. This dynamic combination has earned D:Fuse a slot in the top 35 DJs in America 3 years running (DJ Times)
Tall Sasha (DJ4LIFE Founder)
http://www.tallsasha.com
From Tokyo to Taipei, Sydney to Seoul, Tall Sasha has the grooves that will make any dancefloor move when he brews up a delicious recipe of electro, progressive, and tech house that will administer a pulsating intoxication, which often leads to a severe and chronic desire to DANCE.
plus opening set by DJK (DJ4LIFE RESIDENT)
VIP ROOM:
MEANS+FUNCTION (Indigo SF // Helix)
http://www.meansplusfunction.com
FELICIA WANG (BDAY BASH AND 1ST LIVE DJ PERFORMANCE)
DANE MITCHELL (DJ4LIFE)
IVANNA AKA Ilona Roytman 1st LIVE DEBUT
LOBBY:
ISH AND CRISH
JOHN ASENSO
PLUS MORE TBA
*Support from 4 GOGO Gorgeous Dancers
*Live Video Filming by Drex
*Photography by Javier Padilla
*Remix Channel Live Interviews
*Stunning Visuals by MAN-E
*Official SpoCom Car Show AfterParty with Spocom Models
*1st 200 ppl get free D;FUSE Cd release in stores worldwide
GUESTLIST INFO:
Ladies Free before 10:30 with RSVP- "Attending"
Gentlemen $10 before10:30 with RSVP- "Attending"
(If you have additional names and/or pluses, please add on event wall below or send me a message).
EARLY ARRIVAL HIGHLY RECOMMENDED
Dress to Impress
About Supperclub - San Francisco :
A sleek combination of performance art exhibition, upscale nightclub scene and nouveau dining experience – all staged in a titillating public boudoir of epic proportions - Supperclub San Francisco is all spectacle and sensory experience. Fantasy becomes reality at this San Francisco restaurant and nightclub where guests lounge on giant, snowy white beds while sipping cocktails. 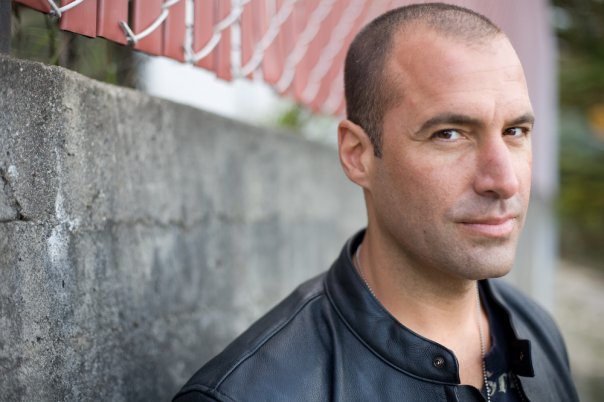