Join us once again for a night of legends at Temple Fridays presented by Rock It Science, Remedy & Back2Basics. This Friday we bring you the King of House, DJ Sneak to rock your dance floor, while hometown hereo Rouzbeh warms up the dancefloor with a special birthday set. Eli Smith & Frankmusik will be making musical history in Killpop hosted Destiny Lounge, so be sure to grab your dancing shoes and come down this Friday!
RSVP to eric@rockitsciencesf.com for FREE before 11pm.
SHRINE:
DJ Sneak
In 1983, Carlos Sosa aka DJ Sneak, moved to the city of Chicago from the island of Puerto Rico, where his early musical experiences and influences were rooted in salsa, meringue and Latin orchestras. Chicago, like Puerto Rico, is a city rich with musical styles and sounds. In Chicago Sneak found inspiration in underground house music, Warehouse parties and "old school" mix tapes from the early pioneers _ Farley Jackmaster Funk, Ralphi Rosario, Steve Hurley and local radio station shows played on WBMX.
Sneak earned his nickname rocking graffiti-tags and began working at retail stores as an airbrush artist, which kept him out of trouble and allowed him to make important local industry contacts. Development as a DJ came while working regular mobile DJ jobs and local nightclubs. But, in an already saturated DJ pool, Sneak focused on his music production and started his independent label - Defiant Records.
In 1992, using the fundamental studio pieces, Sneak began recording tracks with an unusual new style. In 1994, while still working at local store Gramophone Records, Sneak met Cajmere (Green Velvet) owner of Cajual and Relief Records. Cajmere released three of Sneak's catalyst tracks, which helped to bring Sneak international recognition, and with it, a global DJing career. In 1995, Sneak's new sound revolutionized house music with inspirational sounds and rhythms never heard. The disco filtered house grooves became Sneak's signature sound. Innovator to many, Sneak's love for music inspired others like Daft Punk, Basement Jaxx, Armand Van Helden. In 1996, DJ Sneak's 'You Can't Hide from your Bud', on Derrick Carter's Classic Recordings, ironically became an instant classic itself; a blueprint for funky, filtered disco-influenced house - Sneak Style - redefining Chicago's underground music. From 1996 to present day, DJ Sneak has perfected his remix skills, seizing opportunities to work with world-class talent and fine-tune his sound. His highly anticipated remixes take dance floors around the world to levels of climactic frenzy with his trademark booty-shakin, bass-heavy beats and rhythms.
After years of development, DJ Sneak is a familiar name across the world's club circuit playing the very best venues and events.
A favorite at United Kingdom's summer festivals (Homelands, Creamfields, T in the Park), Sneak shows no mercy on the sound systems and is a guaranteed crowd pleaser. Recognized as the disco filter innovator, his productions and musical style has maintained his status as one of the Top 100 DJs in the world for 5 consecutive years. Dynamic in style - from furious banging Chicago tracks and Latin tribal beats, to disco filtered reworks of retro classics and melodic rhythms to suit your soul.
DESTINY LOUNGE hosted by Killpop Records:
ELI SMITH (Killpop)
Eli Smith started his professional music career as the simultaneous drummer/synth player for the band Giant Drag (Interscope/Wichita Records) which led to tours of the UK and North America. Eli went on to work with other notable bands recording and touring. Eli has been writing and producing his own music for over 10 years.
FRANKMUSIK (Killpop)
Frankmusik release his debut EP, Frankisum, in 2007, after which he was signed to Island Records. In December 2008, Frankmusik made it on to the long-list of the BBC's Sound of 2009 poll.In the UK, Gaydar Radio was the first national station to champion Frankmusik and tracks from his debut album, Complete Me. Initially interviewed by Alex Baker as part of the station's coverage of National Student Pride, Frankmusik performed a number of live tracks, which were then playlisted as part of an album teaser.His rise to fame was also followed closely by his local radio station, 107.8 Radio Jackie, which was the first station to broadcast his music.In January and February 2009, he was the support act for Keane on their Perfect Symmetry tour in the UK.In March 2009, he headlined National Student Pride in Brighton's seafront club Digital with Jodie Harsh and Dan Gillespie Sells (The Feeling). In June 2009, Frankmusik was support act for the Pet Shop Boys in London, Manchester and Liverpool. He did a short tour to launch the album Complete Me, starting in Brighton on 17 July and taking in London, Glasgow and Manchester.
CATACOMBS:
DJ TONE (TMG)
VON (TMG) 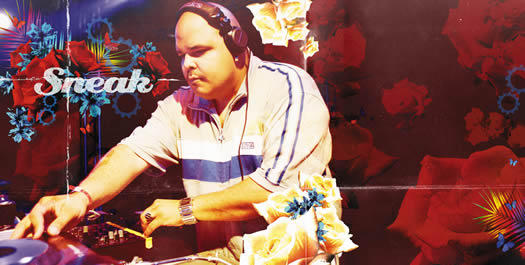