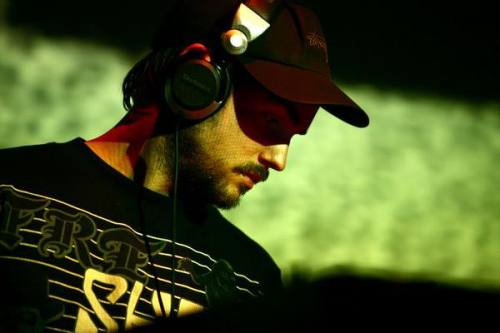 That's right we are bringing a true legend back to impress and amaze you once again.

At a time when headline "DJs" shamelessly play pre-programmed or pre-recorded sets and the masses mindlessly embrace the charade, Dieselboy stands out as a rare veteran of the art and craft of live DJing. His focus on creating complex and unique mixes every performance have created legions of fans around the world. Very few artists mix live on three decks with more precision, intensity or finesse.

For over two decades one of the world’s great ambassadors of drum ‘n’ bass and more recently dubstep, Dieselboy, also known as Damian Higgins, is America’s most iconic underground bass music curator and pioneer. He was the first drum ‘n’ bass artist to chart a single on Billboard’s dance chart with “Invid” in 2000, and the first American voted into the UK-based Drum & Bass Arena Top 10 DJs online poll in 2004. He has appeared on magazine covers, been heard on MTV, ESPN and numerous video games, and sponsored by DC Shoes and Pioneer Pro DJ.

Dieselboy’s DJ career began in northwest Pennsylvania DJing high school dances, and progressed as a University of Pittsburgh student learning to beat-match vinyl live on college radio and playing trance, happy hardcore and breaks at house parties. His 1994 mixtape “The Future Sound of Hardcore” led to out of town bookings and his ensuing popularity and skills led to the honor of being the first American asked by a British drum ‘n’ bass label to mix a compilation (“Drum & Bass Selection USA,” 1996).

A passionate connoisseur of food, books and film, Dieselboy has continuously raised the bar for mixtapes and mixed CD compilations as art forms, and each from 1992 to his February 2012 tour de force “Wake The Dead” stands the test of time. State of the art showcases of producers and graphic artists of each respective era, Dieselboy’s mixes have been described as “cinematic” and “intoxicating.”

Dieselboy’s goal in creating “Wake The Dead” was “to make the most intricate, layered, nuanced, amazing drum ‘n’ bass mix ever done. Period.” In its dramatic intro (a Dieselboy signature) the narrator describes a soul-crushing epidemic of epic proportions – a thinly veiled reference to the death of the art of DJing – a theme that has resonated amongst his DJ/producer colleagues and fans and beyond.

An inspiration for generations of DJs, Dieselboy’s longevity and relevance in a mercurial industry is a tribute to his relentless drive to create “amazing” experiences for his fans in their iPods and at his legendary live shows.

Dieselboy fans praise his skills as “genius.” Says The Destroyer: “I don’t fuck around.”