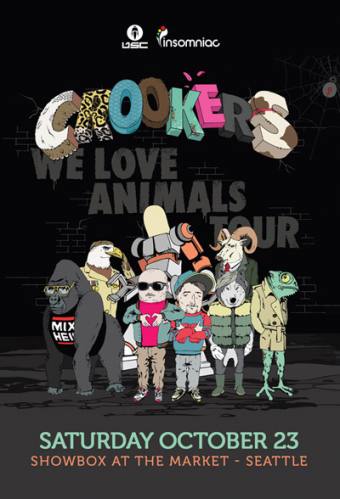 What: Crookers @ Showbox at the Market

Drawing from influences of house, hip hop and beyond, Crookers blend their beats with the kind of fidget house finesse that gives Potty Mouth Music its soiled swagger. Since 2003, DJs Phra and Bot have been drawing upon their collective musical backgrounds to create tracks that twist, startle  and surprise with synthetic pop.

Before their collaboration as Crookers, Bot and Phra pursued their music interests on a separate tip. Bot took up the piano and guitar at an early  age, later moving onto synths, turntables and sequencers. Phra had already  started DJing by age 11, when he was introduced to the Italian hip hop scene. Soon, he morphed into an MC and became fully immersed in a culture that would shape his future production career.

"Both of us started getting more involved in music when we used to listen to hip hop," Phra says. When the two artists met, both were trying to branch out of their genre success and explore dance music. The experiment worked. "It felt natural to team up, seeing that we had the same musical tastes... which isnât that easy here in Milan," he says.

Crookers have sleazed out dance floors with a catalogue of original tracks, but itâs their work as remixers that have made them one of the most after batteries in the business. Currently, the duo is reworking tracks for the likes of The Chemical Brothers, Arman Van Helden, Bonde do Role, Brodinski, Magik Johnson and Bumblebeez. Listen for their forth coming, debut album to feature other fidget house favorites, including Edu K, Steed Lord, Joyce Muniz and Miss Odd Kidd and others.

When Crookers are not crafting their dirty (crooked) beats in the studio, they are busy holding down their residency with MTV (Italy). "House and hip hop are our main influences, but we try to put all the things we like in our productions. We listen to a lot of music from very different periods and genres."

The result is a twisted blend of glitch, tech and distortion.

SHOWBOX AT THE MARKET 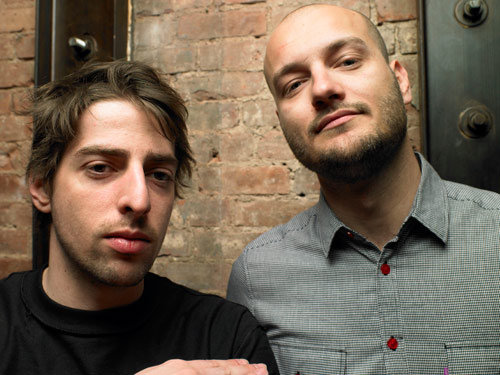