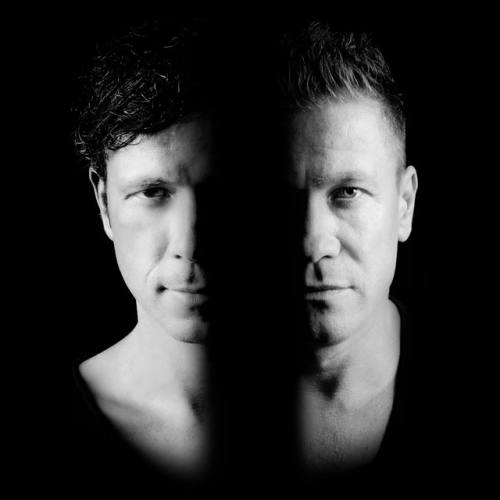 
Introduction: Over 11 boundary-pushing years, Nic Chagall and Bossi have developed Cosmic Gate into one of the most creative and highly-sought-after electronic music acts on the planet. Revered uber-producers, their combined musical acumen has made them evergreen favourites of trance music’s highest echelon. Four hugely-received albums have transported tracks like ‘Not Enough Time’, ‘Body of Conflict’, ‘Analog Feel’, ‘F.A.V.’ and classics including ‘Exploration of Space’ and Fire Wire onto a now uncountable number of dancefloors. As DJs, the effortless cool of their kinetic, enthralling live sets are seen by hundreds of thousands of club and festival goers annually. It’s this perfect storm of production and spinning power that saw them become the highest-climbers in DJ Mag’s 2009 Top 100 chart and land at no. 24 in 2010.


The pair first collaborated in the studio after a chance meeting late in ’98 at a label office in Cologne. It’s a production partnership that has become one of the dance world’s most successful. In their homeland of Germany, they’ve maintained a consistent level of chart success, with no fewer than 7 Top 40 singles to their name and claimed a UK top 10 hit with ‘Fire Wire’. Drawing on a broad-range of their individual musical tastes and inspirations, they’ve continued to modify and enhance their sound...


Following up the long-players ‘Rythm & Drums’ and ‘No More Sleep’, in 2006 they released ‘Earth Mover’, which saw a shift towards edgier, more expansive electronic dance music. It gave rise to the club hits ‘Analog Feel', ‘Should Have Known’ and ‘I Feel Wonderful’ and garnered an IDMA nomination for Best Album of 2007. Latterly this was viewed by the press as a new ‘Year-1’ for Cosmic Gate. Three years later Nic and Bossi released their much-anticipated follow- up. ‘Sign of the Times’ contained 11 new tracks including vocal anthems ‘Body of Conflict’ & ‘Not Enough Time’ (featuring Denise Rivera and Emma Hewitt respectively) and the singles ‘F.A.V.’, ‘Flatline’, ‘Under Your Spell’, ‘London Rain’ and title track ‘Sign Of The Times’. The response to the album was nothing short of meteoric. They received a Best Selling Trance Act nomination in the 2010 Beatport Awards; scored an IDMA nom for ‘Not Enough Time’ and were catapulted 43 places up DJ Mag’s 2009 chart. In light of its extraordinary level of success, in September 2010 a double-disc Deluxe Edition of the album was released which included all the singles remixes and exclusive, specially prepared revamps of other S.O.T.T. tracks.


As DJs Nic and Bossi continue to whip floors to frenzy-level in all four corners. Most recently they’ve rocked some of America’s most prominent events - Electric Zoo, The Electric Daisy Festival, Audiotistic and Perfecto Night in Las Vegas among them. They’ve brought mayhem to Ibiza’s 2010 season with hugely received performances at Armada at Amnesia and Judgement Sundays, played mammoth the Global Gathering festival in Russia and headlined Godskitchen’s tours in Australia and Mexico. They’ve appeared in DJ Magazine’s list of Top 100 spinners for 7 consecutive years now and are regular festival attraction, spinning at events like Trance Energy, Mysteryland and Dance Valley in Holland, Smirnoff Experience in India and on the horizon Future Music in Australia in 2011.


Back2Back, Cosmic Gate’s on-going compilation series was devised as an at-home audio- expo of the pair’s club-wowing sound. 2010 saw the release of the 4th volume (through Holland’s highly-respected Black Hole Recordings label). Bringing Bossi and Nic’s tight, tense, future- proofed trance/prog/electro hybrid to the forefront, it once again included many of their own track edits.


Over their production lifetime, the Cosmic Gate remix has become nearly as illustrious as their productions. Essentially a blow-by-blow of trance music’s A-list, Nic and Bossi have lent their studio know-how to productions from Armin van Buuren, Tiësto, Ferry Corsten, Paul van Dyk, Above & Beyond’s OceanLab project, Deadmau5 & Rank 1. They rewired John O’Callaghan’s mega-seller ‘Find Yourself’ to devastating effect and produced remixes of veteran trance producer Vincent De Moor’s 'Fly Away’ and ‘Carte Blanche’ (Veracocha). In early 2010 Atlantic Records US approached them to remix James Horner’s ‘I See You’ – the main theme from the film Avatar. This run culminated in them being nominated for Best Remixer at the 2010 IDMAs. Most recently they have completed remixes for Robbie Rivera and Markus Schulz.