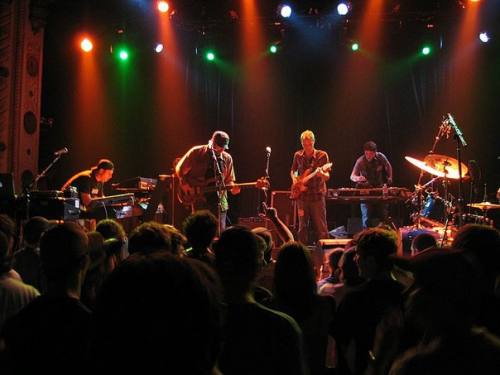 Conspirator, the duo of Disco Biscuits’ staples Marc Brownstein and Aron Magner which often feature guest musicians in the live setting, has announced a series of “full band” performances featuring Chris Michetti and a rotating cast of first-class drummers, a concept that is both new and refreshing for the band and fans, alike.While Brownstein and Magner have occasionally invited other musicians to their live shows, the “new Conspirator” promises to be a never-before-experienced, “full band” sound that will emerge not only from the group’s mentality, but by featuring a solidified, returning, 4-piece lineup. Live music fans have come to embrace Conspirator for their signature high energy, electronic-based sets and their legendary album, The Key, which has been a staple of the band’s live repertoire for years. Now, with a firmly set 4-piece band, fans can expect performances featuring increased live improv and a refreshing musical flow, peppered with some surprises. Inspired by new collaborations and the combined musical histories of the performers, Conspirator is set to get the scene talking in 2011.